I didn't watch Castle at first, but then people kept telling me that it was loaded with crossovers.  I started watching it, and became hooked. 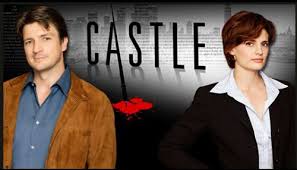 1974 to 1982--BARNEY MILLER--Barney Miller works at the 12th Precinct, which is also where Castle works.

2000--THE BEAT--This show's New York police work at the 12th Precinct, which is also where Castle works.

2001 to Present--DEGRASSI:  THE NEXT GENERATION--Hudson University has appeared on this show, and on Castle.

2002 to 2009--WITHOUT A TRACE--Hudson University has appeared on this show, and on Castle.

2009--THE UNUSUALS--This show's New York police work at the 12th Precinct, which is also where Castle works.

2009 to Present--CASTLE--Richard Castle is a mystery writer who finds a serial killer is copying his plots. He gets the mayor to give him permission to work with a police unit.  Though team captain Kate Beckett isn't happy about the situation, eventually she is warmed over.  It turns out Castle's skills as a writer make him a great detective, and so he remains on the team, while writing a new book based on Kate Beckett.  Note that they work at the 12th Precinct, a famous fictional precinct in the TVCU.  Also note the mayor of New York in the pilot is not obviously our real mayor.  For our purposes, we should just substitute in our mind and just accept that was the real mayor.  Final note:  Hudson University has appeared in Castle, as well as many other shows and was also where Dick Grayson (Robin I/Batman II) went to college.  The New York Ledger newspaper has also appeared on Castle.  This newspaper was the most read and referenced newspaper on all LAW & ORDER shows, and was featured as the work location for DEADLINE. 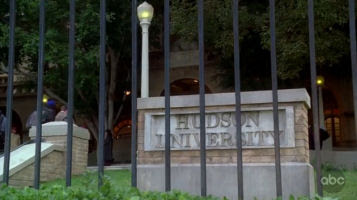 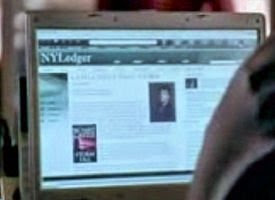 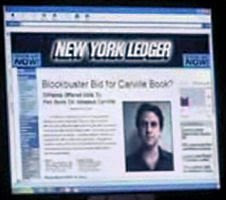 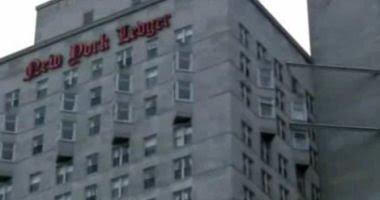 March 2009--CASTLE--"Hedge Fund Homeboys"--Castles says "[The 1970's] are like the Highlander: they just won't die."  Of course we could write this off as a pop culture reference, except that both Highlander and Castle are already brought into the TVCU separately, so under that condition, I tend to take references like this as being real, especially considering Castle also seems to know about vampires, werewolves, slayers, ect.

October to November 2009--CASTLE--Crazy Ivan: That Halloween episode had references to SERENITY, but not in a crossover kind of way. It DOES mention Buffy the Vampire Slayer and Lucian (from UNDERWORLD) in a way suggesting they could be real people.

2010 to Present--BLUE BLOODS--This show's New York police work at the 12th Precinct, which is also where Castle works.

c. March 22, 2010--CASTLE--"Tick, Tick, Tick..."--From Caeric ArcLight:  This is an old one that might've been mentioned but I missed it because I only watch one of the shows involved. Castle, Season 2, Episode 17, refers to the Recapitor case in Phoenix, Az. The Recapitator was a serial killer from the season 3 finale (looks like a 3-parter) of Medium.

November 2010--CASTLE--"Close Encounters of the Murderous Kind"--According to bookworm8571:  The Castle episode "Close Encounters of the Murderous Kind" had a lot of X-Files references which suggest it's in the same universe. Rick Castle whistles the X-Files theme, references Mulder and Scully, and there's a lot of talk about alien abduction, government conspiracy and men in black. There is also a secretive government agency that has a device that can stall Castle's car by remote and one agent gives secret information to Detective Kate Beckett. Detective Ryan says his uncle once had an experience like alien abduction. Maybe Castle saw the cult movie about Mulder and Scully made during the series.

January 2011--CASTLE--"Poof, You're Dead"--Kate Beckett muses that a mystery client will turn out to be Professor X, referring to esteemed Professor Charles Xavier of the School for Gifted Youngsters in Upstate New York, who has recently been firmly established to exist in the TVCU, along with his "X-Men", thus creating a giant rift between the TVCU and the book that inspired it.  Also in this episode, the controversy over whether reporter (and later editor) Clark Kent was indeed the mythical Superman is brought up.  Very early on, Lois Lane was always trying to prove this theory, and even though in 1948, she just stopped (because she found out it was true and married the guy), she couldn't close the can of worms on this conspiracy that continues on to this day.

October 2011--CASTLE--Castle refers to Indiana Jones, who of course has become a famous legendary figure, even if in his old age, must people didn't give him the respect he deserved.

February 2013--CASTLE--"Target"--Caeric ArcLight says:  On tonight's CASTLE (season 5, episode 15) their victim was a Saudi national who died while shooting at a van. When Beckett wondered why he was firing at the van, Castle speculated that Jack Bauer could've been driving.

April 2015--CASTLE--"In Plane Sight"--Castle flies on Oceanic Airlines, connecting the series to LOST and a whole bunch of other shows.