Recently, Ivan and I recorded our first episode of the new Random Fandom podcast which focused on Scooby-Doo Team-Up, and this inspired Ivan and I to work on the Five Scoobies Project.  Over the next few weeks or months, Ivan and I will be working on separate timelines for the various Scooby Universes.  This post will be the linking station to find all the other posts.

You can find this timeline here.

This is the timeline that fits in the Television Crossover Universe and Horror Universe, and in which James Gunn killed Scooby.  You can read about this timeline here.

This has become a separate timeline which can be found here.  It currently only covers the first season and further updates will be coming soon.

This timeline was recently added to the website, inspired by the discussion in episode 1 of the Random Fandom Podcast.  It will be further updated when we pick up the conversation again on the podcast next month.  You can read it here. 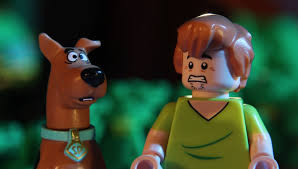 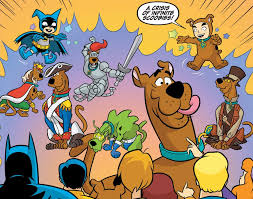 There are of course more timelines.  But these are covered in a single picture or a single story.  Scooby-Doo Team-Up shows many variant Scoobies throughout the multiverse.  Both the Horror Crossover Encyclopedia and the Cartoon Crossover Encyclopedia also demonstrate other versions of Scooby that exist in various other realities, including the ANNO DRACULA UNIVERSE, THE LEGO UNIVERSE, THE ROBOT CHICKEN UNIVERSE, ETC, ETC....
Posted by Robert E. "Robyn" Wronski, Jr. at 1:16 AM