Yeah, it's kind of late, right.  Well, I did cover IT'S A WONDERFUL LIFE just a month ago.  But you can blame Toby for giving me the idea.  But he can blame NBC's HOP promotion.

So...the Easter Bunny.  How do we explain his presence in the TVCU?  Is he a mutant?  Is he an immigrant from the Looniverse?  No and no.

Here's the thing.  Children have underdeveloped brains.  It's a known fact that because of this, and because of the emotional instability and angst of children, their minds can manifest poltergeist.

So imagine if billions of children all at the same time imagine the same fictional being as being real.  Imagine all that psychic energy focused on one thing.  And that's what happens.  The Easter Bunny exists because children will it into existence.  This also explains why the Bunny appears differently at different times, with even different personality, methods of operation, ect.  Even his origin can change, as the imaginations of children can alter his entire reality.  The Bunny alters depending on the children he's nearest.  In some sense, that means anytime a person dresses as the Easter Bunny, he may actually merge with the real Easter Bunny.

So let's look at the Bunny in the Television Crossover Universe...

Early 16th century--The first recorded appearance of the Easter Bunny is in the area of Germany, but the unrecorded folk legends date back further than this.

1835--Jakob Grimm, of THE BROTHERS GRIMM, records the story of the Easter Bunny.  The Brothers Grimm were the foremost recorders of legendary stories from history.

Spring 1910 to circa 1980--THE EASTER BUNNY IS COMIN' TO TOWN--See Gordon Long's blog, Of Flying Reindeer, Talking Snowmen, and the World's Greatest Toymaker: The Rankin-Bass Universe Timeline, for a very detailed timeline of the Rankin-Bass cartoons, which includes one version of the Easter Bunny. 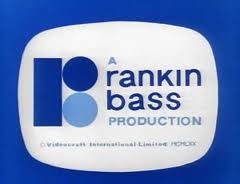 1987--THE CARE BEARS ADVENTURE IN WONDERLAND--The White Rabbit on Wonderland claims to be related to both the Easter Bunny, and Swift Heart, of the the CARE BEAR COUSINS.  I will leave it to James Bojaciuk to elaborate on this when he updates the Wonderland blog.  The Easter Bunny is a tulpa from a pocket dimension called the North Pole, as explained in Gordon Long's Rankin-Bass blog. Wonderland, home of the White Rabbit, is a separate pocket dimension, and the Care Bears, though once from Earth's past, had migrated to yet another pocket dimension.  But as seen on ONCE UPON A TIME, travel between these dimensions and the main TVCU seem to be more common than expected. 1990--HOME ALONE--When a man dressed as Santa Claus gets a traffic ticket, he says "What's next?  Rabies shots for the Easter Bunny?"

December 25, 1996--ELMO SAVES CHRISTMAS--Elmo uses a magic snow globe to wish that every day were Christmas, and then has to travel back in time to undo the wish when he finds there are negative consequences to his wish.  The Easter Bunny appears.


1999 to 2003--FARSCAPE--In one episode, Harvey wears a bunny costume and discusses Easter traditions.


2003--WWE VENGEANCE--The Easter Bunny appears.  As much as I hate to break it to people, the WWE is fictional, the show is scripted, and the wrestlers are actually fictional characters.  Since these wrestlers have crossed with a variety of other TVCU shows, the WWE is in the TVCU, where it can be considered to be real.


The not too distant future--MYSTERY SCIENCE THEATER 3000--"Santa Claus"--The gang poke fun at the long-standing adversarial relationship between Santa Claus and the Easter Bunny.

BILL AND TED'S BOGUS UNVERSE--I'm sure there is a link to bring Bill and Ted into the TVCU, but I can't recall it right now.  So for now they get their own.  The Easter Bunny appears in Hell.  Since the Easter Bunny is a psychic manifestation of the imagination, this version still counts as the real Easter Bunny.

CINEVERSE--The events of SANDMAN, SANTA WHO?, SONG OF SONGS, OH SO TWISTED, HOLIDAY ROMAN, EASTER BUNNY SUPER HERO, THE BAD NEWS BEARER, THE LEAGUE OF IMAGINARY HEROES, CALENDAR CONFLOPTION, IS HE REAL OR NOT?, THE GRATEFUL UNDEAD, MILKSOPS, HOP, HANK AND MIKE, THE FIRST EASTER BUNNY, SPACEMEN GO-GO GIRLS AND THE GREAT EASTER HUNT, COFFEE WITH BERNIE, SANTA CLAUS, and THE NOT-SO-GRIM REAPER occur here, in which the Easter Bunny appears.  EASTER BUNNY also takes place here, but the title bunny is just an inanimate stuffed animal here.  In EASTER BUNNY KILL KILL, the bunny is just  normal rabbit.  In EASTER BUNNY BLOODBATH, a slasher dresses as the Easter Bunny.  EASTER PARADE also appears here, but if there is any relationship to the Easter Bunny, I'm not sure about it.  The Bunny in STEEL MAGNOLIAS, COOKIE'S FORTUNE, NORTH, and THE MATADOR is just a guy in a costume.  The Easter Bunny is referenced in HUSTLE & FLOW.

BONGO UNIVERSE--On SOUTH PARK, there is a cult that centers around the Easter Bunny.

EARTH-PRIME--The Easter Bunnies here are just hot chicks in BOB HOPE AND HIS BEAUTIFUL EASTER BUNNIES AND OTHER FRIENDS.  He also appears in THE GIRLS NEXT DOOR.

FAIRLY ODDPARENTS--This is a self-contained universe, as revealed in the crossover with JIMMY NEUTRON.  The Easter Bunny appears in the episode "Christmas Every Day".

FAMILY CIRCUS UNIVERSE--OK, this may be part of the TVCU or the Looniverse, but as of right now I know of no crossovers linking Family Circus to either.  So for now this is where I will place A FAMILY CIRCUS EASTER.

ROBOT CHICKEN UNIVERSE--Every fictional character has a twisted counterpart in this reality.

TOOB WORLD--This is the shared reality for almost all television programs, including ones also in the TVCU.  The Easter Bunny appears in THE YOUNG ONES in the episode "Time", THE AMAZING EXTRAORDINARY FRIENDS in the episode "Quality Time", NEWSRADIO episode "The Lam", and THE VICAR OF DIBLEY.