YOU CAN DO IT!!! THE ADAM SANDLER UNIVERSE

This blog will be different than any I've done before.  I'm going to focus on one actor's works, and create timelines for each reality they occur in.  Let's see how it works out.  Most of Sandler's works occur in one main universe, which isn't the TVCU.  I dub it the Adam Sandler Universe aka the You Can Do It Universe.  It's a universe where most of his works are connected due to cameos of secondary characters from his other films.

1998--THE WATER BOY--The original first appearance of the Townie (You can do it!!!) and Farmer Fran.

1999--DEUCE BIGALOW, MALE GIGOLO--There's a man who appears twice in the film who shouts "That's a huge bitch!"  He will later appear at the airport in the Animal.  Deuce Bigalow has a sequel, European Gigolo.

2000--LITTLE NICKY--The second appearance of Chubbs, who is now in heaven, having died in Happy Gilmore.  Also we see the Townie "You can do it!!!" guy, originally seen in the Water Boy.  And in this reality, Lucifer is actually the father of Satan, Satan having been born at the same time as Christ.  Satan has three children, one of whom is half-angel. 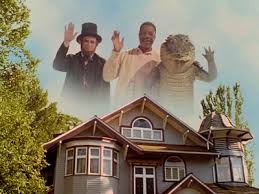 2001--JOE DIRT--The only of the series that Adam Sandler actually doesn't appear in, though he is executive producer.  This one has the second and last appearance of Farmer Fran.

2001--THE ANIMAL--The Townie has returned home to Louisiana after having gone to New York for the end of the world.  I should point out that normally Rob Schneider plays the townie in Adam Sandler films, but this time Sandler is playing the townie in a Schneider film.  Also, in the Animal, at the airport, the same guy from Deuce Bigalow who yells "That's a huge bitch!" is present and shouts it again, thus bringing in both Deuce Bigalow movies.


2005--DEUCE BIGALOW:  EUROPEAN GIGALO--Sandler only appears in this one, as Javier Sandooski, but the first film has a cross with the Animal, which crosses with Happy Gilmore.

2005--THE LONGEST YARD--Apparently the townie is now in prison.

2007--I NOW PRONOUNCE YOU CHUCK AND LARRY--Two firefighters pose as homosexuals in order for one to maintain benefits for his children and accidentally start an activist movement.

Fall 2008--THE HOUSE BUNNY--The police officer who pulls over and arrests Shelley is the same officer who was among those who chased and arrested Paul Crewe in the Longest Yard, and was also seen as a New York City cop in I Now Pronounce You Chuck and Larry.

1999--BIG DADDY--This reality is glued together by the recurrence of the delivery guy who appears in this film and then again in Mr. Deeds.  Thus those two universes are in a shared reality.

2002--PUNCH DRUNK LOVE--Barry Egan is a small business owner with seven sisters whose abuse has kept him alone and unable to fall in love. When a harmonium and a mysterious woman enter his life, his romantic journey begins. Written by <djblau@aol.com> 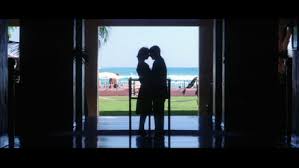 CINEVERSE:  (Note that none of these have any connections, and each could exist in their own separate realities.)

1989--GOING OVERBOARD--Schecky Moskowitz is a stand-up comic on a cruise ship.

1991--SHAKES THE CLOWN--Shakes plods about his duties as party clown, and uses all of his free time getting seriously drunk. Binky, another clown, wins the spot on a local kiddie show, which depresses Shakes even more, and his boss threatens him with unemployment if he can't get his act under control. When someone murders Shakes' boss and makes it look like Shakes did it, he goes undercover, posing as a hated mime, and tries to find information that will clear his name. Written by Ed Sutton <esutton@mindspring.com>


1994--AIRHEADS--Three wannabee rock stars hold the employees of a radio station hostage until their song is played.


1994--MIXED NUTS--Despite the fact two of my all-time favorite comedians are in this (Steve Martin and Adam Sandler), I've never seen this.  Philip runs a crisis hotline with Catherine and Mrs Munchnik. That's the easy part, now it gets tricky... Stanley loves evicting people and he evicts Philip. Philip loves helping people and he is loved by Catherine. Catherine is loved by Louie who loves writing songs. Chris loves dancing to songs and loves to wear large dresses. Gracie also loves to wear large dresses because she's pregnant. She loves the baby's father, Felix, who loves to paint. That just leaves Mrs. Munchnik who hasn't been loved by anybody in a very long time.Written by Tim McSmythurs <Tim.McSmythurs@swindon.ericsson.se>


1995--BILLY MADISON--A guy whose father paid off his teachers to pass him must return to school and pass every grade over again in 24 weeks in order to get his father's company.


1996--BULLETPROOF--An undercover police officer named Rock Keats befriends a drug dealer and car thief named Archie Moses in a bid to catch the villainous drug lord Frank Coltan. But the only problem is that Keats is a cop, his real name is Jack Carter, and he is working undercover with the LAPD to bust Moses and Colton at a sting operation the LAPD has set up.Written by Anthony Pereyra <hypersonic91@yahoo.com>


2002--THE HOT CHICK--A spell causes a stuck up high school cheerleader to change bodies with a sleazy male criminal.


2003--ANGER MANAGEMENT--Despite the fact that mayor of New York shouts out "You can do it", this is not a crossover.  Likely, he is a fan of Adam Sandler movies.


2004--SPANGLISH--The story of a housekeeper and her daughter who move in with the family she works for.


2006--CLICK--A man gets a remote control that can control reality.  Though the film's events go well into the year 2046, those events are all negated at the end, returning back to the present.


2007--REIGN OVER ME--A man who lost his family during the 9/11 attack stuggles to keep his sanity, but is aided by an old college roommate.


2008--YOU DON'T MESS WITH THE ZOHAN--An Israeli spy fakes his death and moves to America to follow his dream of being a hair dresser.


2008--BEDTIME STORIES--A man discovers that all of his bedtime stories come true. 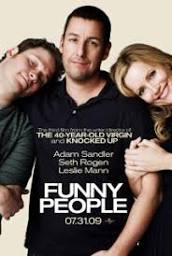 2009--FUNNY PEOPLE--George Simmons finds out he's dying.  He takes an up and coming comic under his wing as his assistant and tries to get back with his ex.


2011--ZOOKEEPER--A man learns that he can talk to animals, or rather, that they can talk to him.


2012--THAT'S MY BOY--As a man is preparing to get married, his father suddenly moves in with him.


1962 to 1979--CONEHEADS--The story of an alien family stranded on Earth and trying to hide in plain sight by adapting to their surroundings.


GROWN UPS UNIVERSE:  This is the reality of the two Grown Ups films.

Summer 2010--GROWN UPS--Lenny Feder returns home with his family for a funeral, and reunites with his old high school friends.

2013--After moving his family back to his hometown to be with his friends and their kids, Lenny finds out that between old bullies, new bullies, schizo bus drivers, drunk cops on skis, and 400 costumed party crashers sometimes crazy follows you.

1990 to 2002--SATURDAY NIGHT LIVE--Adam Sandler plays these characters, none of whom have had any crossovers (to my knowledge) to bring them into the TVCU except for Weekend Update, which straddles the line between the TVCU and Skitlandia as TVCU connected characters have appeared on Update.
1998--Late Night with Conan O'Brien: 5th Anniversary Special--Adam plays a crank caller. 1985--THE WEDDING SINGER--The Three Stooges are present at a wedding in Ridgefield, NJ, where they witness the meltdown of wedding singer Robbie Hart, who recently had his heart broken.


April 2007--KING OF QUEENS--"Mild Bunch"--Doug is having his high school reunion, where he meets Jeff "The Beast" Sussmann, who was a dysfunctional student now on the straight and narrow, and has become vice principal of their old high school. With some prompting from Doug, they plan revenge on principal Nagel that gets out of hand. Meanwhile Carrie and Arthur try to watch a movie together at home with tragic consequences. Written by Simon Vidiot

November 2007--MOONLIGHT--"12:04"--Producer Jerry Drake has a picture of himself with Adam Sandler.


TOOBWORLD:  (Note that other TV entries in this blog have parallels in Toobworld as well, but only those that aren't listed elsewhere are listed here.)


May 1990--MARSHALL CHRONICLES--"Brightman SATyricon"--Marshall is a young high school kid who breaks the fourth wall and tell us about his life just like if he was sitting with us in our living room. Mostly the show revolves around him in love with the most beautiful girl in school who he has known since childhood but who is dating the school bully.(who of course makes Marshall life miserable) Written by Bertrand Hebert

November 2001--UNDECLARED--"The Assistant"--Adam Sandler stops by the campus to perform, and the whole group goes to see him, including Steven's dad, Hal, who was invited by Lloyd. Perry invites Adam Sandler and his entourage to stop by their dorm afterward. Sandler doesn't stay long because Hal makes him uncomfortable, but takes Lizzie with him back to his hotel. Lizzie ends up having sex with him. Sandler's assistant, Jonathan Loughran, ends up falling in love with Rachel and decides to stay behind after Sandler leaves town, and stays on campus living in Rachel's room wreaking havoc in her life. Lloyd convinces Hal that they should go experience the real world for a while, and Hal has some "extra curricular" activities in mind.

June 2010--CUBED--All of the stars of GROWN UPS appear as themselves.


December 2002--EIGHT CRAZY NIGHTS--A man whose parents died when he was a kid has become the town drunk and is happy to be the most hated man in town until the love and support of a handful of people, some deer, and the mascots of the major store outlets in the mall change his life.


So hey, give me feedback on this format.  Personally I don't like it for normal blogs, but think it worked for this particular subject.
Posted by Robert E. "Robyn" Wronski, Jr. at 5:02 PM