The Looniverse Grows Up: The Drawn Together Blog: The Blog!

*THE FOLLOWING BLOG IS NOT SUITABLE FOR ALL AUDIENCES.  READER DISCRETION IS ADVISED!!!*

NOT A CRISIS CROSSOVER!!!

From WHO FRAMED ROGER RABBIT?, we learned that most of the cartoons of the 1940s coexisted.  In the series DRAWN TOGETHER, we once again see that indeed cartoons of all sorts exist in that same reality, which DC COMICS dubbed the Looniverse, a name I've adopted for this blog.

By covering this completely not serious animated series, I will take a very serious look at the cartoon reality.  But first, let's take a look at the characters.


Captain Hero--Captain Leslie Hero was from the planet Zebulon. As a fetus, he was aborted, and blasted to Earth.  He was found by Popeye and Olive Oyle, who named him Popeye Junior, but usually called him Swee'Pea.  As a teen, he moved from Sweet Haven to Small Town.  As an adult, his power developed, and he changed his name to Captain Leslie Hero (and a secret identity of Tim Tommerson).  He was a member of the League of Heroes. 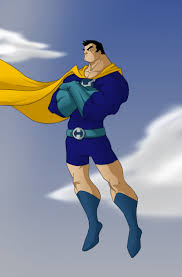 Foxxy Love--Foxxy was in the 1980s the leader of a music group called the Foxxy Five for a few weeks, and is a mystery solving detective.  She is a grandmother, but never sees her kids or grandkids. 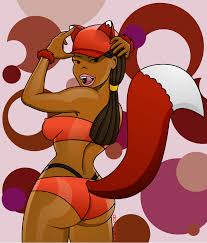 Ling-Ling--Ling-Ling seems to be a Pokemon, having been captured as a youth by a young Pokemon master, he later turned on his master, freeing himself. 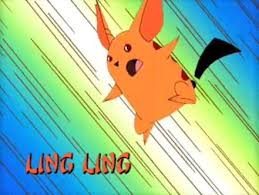 Spanky Ham--Spanky is an internet download who is married and has one living child. 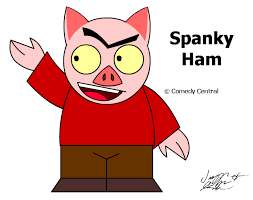 Toot Braunstein--Toot was a toon in the 1920s.  She time traveled to the 21st century to be part of the cast.  Later, she will travel back in time to Bedrock and become the mother of Bam-Bam Rubble. 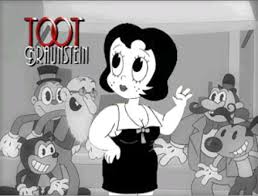 Wooldoor Sockbat--Wooldoor lives to entertain.  His people were wiped out in a holocaust by the Sweetcake people. 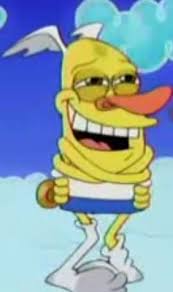 Xandir P. Whifflebottom--Xandir was a video game hero on a never ending quest to save a princess.

DRAWN TOGETHER BABIES--One episode parodies shows like MUPPET BABIES, but the show contradicts the canon of the remainder of the series.  This reality has a version of FLIPPER.
Posted by Robert E. "Robyn" Wronski, Jr. at 10:21 AM