A Married... With Children Crossover Chronology

by Robert E. Wronski, Jr. (original post) and Matt Hickman (all the updates)

Taking a break from my research on Dracula crossover to cover something much more horrifying.  Love and marriage.


Married...with Children was a really dumb show, with stupid idiotic plots and unrealistic characters, and yet it was a show my whole family loved. (Ironically, Full House was the other show we seemed to all rally around.)

Married...with Children was a ground breaking show, in that it broke the popular trend of the family sitcom formula by showing us a truly dysfunctional family.  This was something my own family could relate to.  Other shows, like Roseanne, would soon follow to show us that the Cosbys, Seavers, and Keatons were a fantasy.

Fortunately for us, the show was popular enough to make it's way into at least one major multi-network crossover, (yes, a Bundy Crisis Crossover of sorts), and it made at least two attempts at a spin-off, one of which was only partially successful.  I now present a Bundy Chronology.

1962-- Twlight Zone --"To Serve Man" An Alien Race known has the The Kanamits make contact   with Earth to Seemingly to help Humanity. They  however Turn out to  be less then altruistic when it turns out to To Serve Man is a cook book.  a copy of this Book will change hands over the following years

1986 to 1992--Gorgeous Ladies of Wrestling--The Story of a Las Vegas based woman's Wrestling  promotion and the Wacky Hi-jinks that ensue. 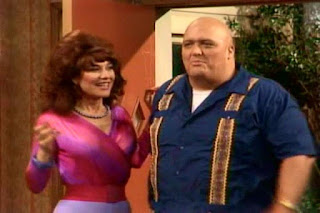 January 1989--MARRIED WITH CHILDREN--"the Bald and Beautiful"--Al lists off several cool bald people. one of Which is  Lex Luthor

Summer 1989--Troop Beverly Hills--A Rich  socialite Takes over a Wilderness girls Troop  and Teaches them how to Survive the Wilds of Beverly Hills.  Ted McGinley  Appears has Himself. Married with Children implies that  Jefferson  Actually is Ted Mcginley. 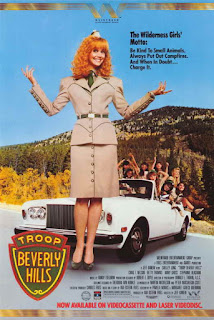 December 1989--MARRIED WITH CHILDREN--"It's a Bundyful Life"--An angel takes the form of Sam Kinison to show life without Al Bundy, and life is great for everyone he knows.  In the end, he chooses to live because he doesn't want them to be happy.

1990--MARRIED...WITH CHILDREN--A Now Comics comic book is produced which is in canon.

February 1990--MARRIED WITH CHILDREN--You Gotta Know when to hold them Part 2-- After Peg and Marcy lose all their money in Vegas Al Must Battle one the Gorgeous Ladies of Wrestling to try and win 10,000 Dollars unfortunately for him it's Big Bad Momma 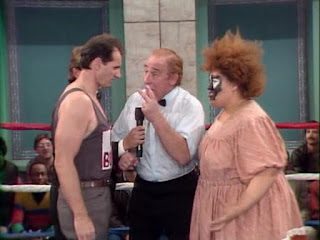 April 1990--THE EARTH DAY SPECIAL--This is crossover gold, and most people don't remember it.  Appearances by the muppets, MURPHY BROWN, BUGS BUNNY (from the Looniverse), PORKY PIG (from the Looniverse), TWEETY (from the Looniverse), Will Smith (THE FRESH PRINCE OF BEL-AIRE), DOOGIE HOWSER M.D., Kid 'n' Play (HOUSE PARTY), Dr. Emmett Brown (BACK TO THE FUTURE), MOTHER NATURE, SATURDAY NIGHT LIVE Weekend Update anchor Dennis Miller, Elon Spengler (brother of Egon Spengler of the GHOSTBUSTERS), Nathan Thurm (SCTV/SATURDAY NIGHT LIVE), the people of CHEERS, the Huxtables (COSBY SHOW), THE GOLDEN GIRLS, E.T. THE EXTRATERRESTRIAL, the cast of THE DATING GAME, the cast of JEOPARDY, Doctor SteVen Kiley (MARCUS WELBY, M.D.) and the Bundys (MARRIED WITH CHILDREN).  All these characters, plus other celebrities, appearing as themselves or one time characters are all part of the same story, thus sharing the same reality.  Basically, the Earth is doomed, unless we can save the environment.  This is a global crisis, and just like a DC Comics Crisis event, all these different characters are affected by the same crisis.  Loved it then, and I found it on youtube.  Enjoy.  Oh, and if you catch any crossovers I missed while watching, please let me know.

October 1990--PARKER LEWIS--"Musso & Frank"--Frank Lemmer, school disciplinarian, is such a badass he gives Bud Bundy detention, and Bud doesn't even go to that school. 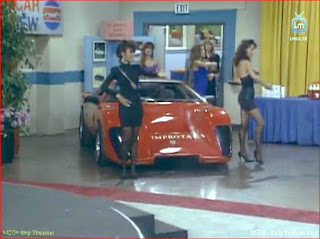 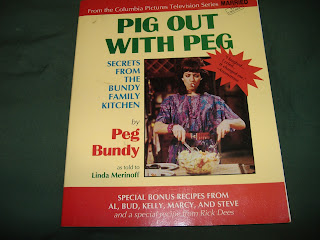 March 1991---MARRIED...WITH CHILDREN---Oldies but Young 'Uns--Al is Haunted by a Song he hears on the Radio. Frsit appearance of Charlie and Vinnie  would would Star in TOP OF THE HEAP

1991--TOP OF THE HEAP--Charlie Verducci and his son try to pretend to be rich to con the real rich folk.  His son Vinnie used to date Kelley over on Married.

November 1991--MARRIED...WITH CHILDREN--"Kelly Does Hollywood parts 1 and 2 " in this two parter Kelly Starts a public Access show Called Vital Social Issues N' Stuff With Kell which is picked up By the NBS Network only to be Canceled before after one epiosde thanks to a retool . In this 2 parter we have a twofer crossover. First Vinnie Verducci from the Canceled married with Children spin off TOP OF THE HEAP appears. Then NBS the Network that picks up Kelly's  show will reappear in Studio 60 on the Sunset Strip.

November 1991--MARRIED...WITH CHILDREN--"God's Shoes"--Al dies and goes to Heaven, but is quickly returned to Earth.  During his glimpse, he got to see God's shoes, and tried to market them, but failed. 1992--VINNIE AND BOBBY--Charlie moves out and Vinnie's friend Bobby becomes the new roommate and it didn't help the show's ratings at all.

April 1993--TWILIGHT  ZONE PINBALL--   A copy of To Serve Man is among the items in a Mysterious curio  shop somehow connected to the Twilight Zone. 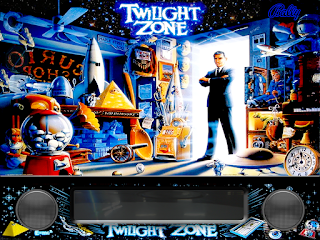 January 1994--MARRIED ...WITH CHILDREN--"Sofa So Good"  the Citizens of Wanker County have a Copy of TO  SERVE MAN   Which Al  is horrified  learn is a cookbook.

February 1994--MARRIED...WITH CHILDREN--"How Green Was My Apple"--It's hinted that the surveyer that visits the Bundys may be a grown Danny Partridge of THE PARTRIDGE FAMILY. 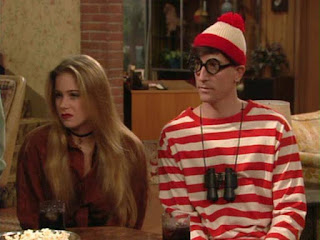 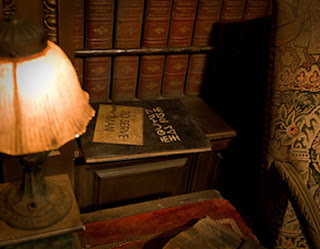 May 1995--MARRIED...WITH CHILDREN--"Radio Free Trumaine"--This was meant to be the pilot for a spin-off that would feature Bud in college with Marci's niece working at the college radio station and butting heads with new Dean Steve Rhodes.

September 1995--Guess Who's Coming to Breakfast, Lunch and Dinner-- Kelly Mentions Uncle Fester and Cousin Itt has an example  cool people who live in basements

October 1995--MARRIED...WITH CHILDREN--"Requiem for a Dead Briard"--Buck the Dog dies and goes to Animal Heaven which turns into Hell as he is judged by a cat.  Al hires Father Guido Sarducci to perform a seance, which gets Buck reincarnated into a new dog, specifically the Bundys' new dog, Lucky.  Father Guido Sarducci was a recurring character on Saturday Night Live.  Besides his appearances on SNL, he has appeared on GILDA LIVE, BECOME AN ARTIST, SQUARE PEGS, ON LOCATION:  THE COMEDY STORE'S 11TH ANNIVERSARY SHOW, JOAN RIVERS AND FRIENDS SALUTE HEIDI ABROMOWITZ, FATHER GUIDO SARDUCCI GOES TO COLLEGE, NOT NECCESSARILY THE NEWS, IT'S GARRY SHANDLING'S SHOW, GREAT PERFORMANCES, TALES OF THE CITY, BLOSSOM, THE GORDON ELLIOT SHOW, CASPER, MARRIED WITH CHILDREN, HO HO NOOOOOOO!!!! IT'S MR. BILL'S CHRISTMAS SPECIAL, UNHAPPILY EVER AFTER, MAKING TUTTI, SIN CITY SPECTACULAR, THE COLBERT REPORT, and THE RALLY TO RESTORE SANITY AND/OR FEAR.

October 1995--MARRIED...WITH CHILDREN--How Bleen is My Kelly--Two Face is Mentioned has Someone who is prettier The Tori Spelling 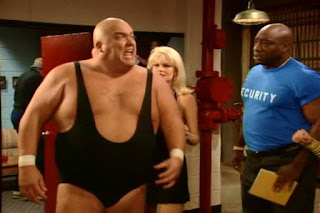 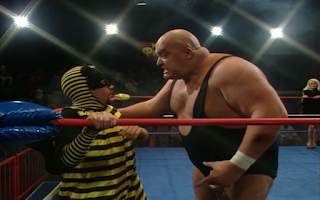 April 1996--MARRIED...WITH CHILDREN--"Enemies"--This was meant to be a pilot for a show with Kelley and a group of young 20-somethings, plus Alan Thicke.  Note that another spin-off idea based on "NO MA'AM" never panned out either. 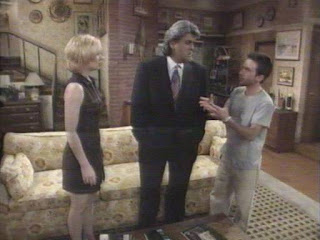 May 1996--MARRIED...WITH CHILDREN-- "Torch Song Duet" Griff Calls in to a radio station and is told to Keep his problems to himself  because this isn't  Frasier.  Frasier  is of course form Cheers and Frasier

September 1996 to February 1997--MARRIED WITH CHILDREN--"Damn Bundys"--Al Bundy makes a deal with the Devil to play in the NFL, but on the day of the Super Bowl, the Devil comes to collect Al's soul, and sentences him to an eternity of spending time only with his family and his neighbors, the D'Arcys.  Napoleon also appears.  Napoleon has also appeared on THE AVENGERS, THE TIME TUNNEL, I DREAM OF JEANNIE, THE PRISONER, TIME BANDITS, THE NEVER SAY U.N.C.L.E. AFFAIR, BEWITCHED, and BLACKADDER:  BACK AND FORTH.

October 1996--MARRIED WITH...CHILDREN--Kelly's got a Habit. Al Blackmails his Friend Officer Dan so he can appear COPS with Him. 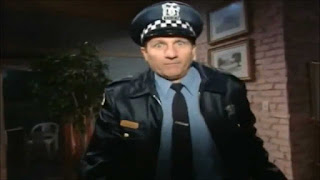 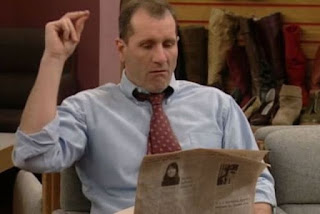 2006-2007--- STUDIO 60 ON THE SUNSET STRIP  ---A Show  about the inner workings of NBS's long running Sketch Show  named Studio 60 on the Sunset Strip. NBs has you may rrecall is the Network that picked up and Ruined  Kelly's talk show in Kelly Does Hollywood parts 1 and 2 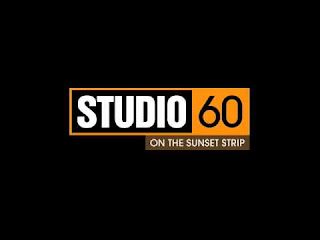 
March 22nd 2012--PISSEDCONSUMER.COM--Gary's Shoes is Given a Bad Review by a lady from Springfield Arkansas after a run in with Al Bundy 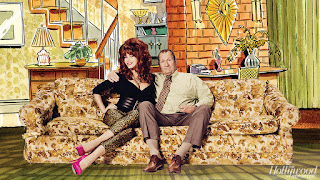 2016--Expendable Assets---C.I. A. Agent Carter employs A team of mercs. for a mission. Cater is played by  Ted Mcginley who played Jefferson on Married with Children. I don't really like the same actor theory unless its an unnamed character with the same job . But Jefferson  is ex C.I.A.  but no one really quits the C.I.A.  and Jefferson isn't even his real name so I'm counting it

April 1st 2016--The Mallmanac: No Supply, No Demand - Newmarket Mall, Chicago, IL--BloggerThe Mallmanac does a Profile on The  NewMarket Mall Home to Gary's Shoes & Accessories for Today's Woman. Which is where Al Bundy works

December 23rd to 25th 2017--El Camino Christmas--A man looking for the father he never knew met  ends up barricaded in a liquor store with five other people on Christmas Eve.At the Begining of this Netflix original movie Deputy Carl Hooker is seen reading a copy of Big 'Uns.Big 'Uns is Al Bundy's favorite Magazine 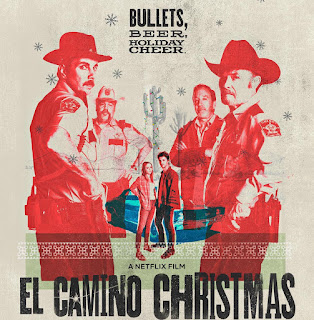 The SyFy Movie Timeline  2020--Sharknado: The 4th Awakens--Bud Bundy Escapes a Sharknado in Las Vegas with the Help of Finn shepard. Finn  seems to know Bud since he greets him with "Hey Bud" has the escape the flooded city on the Treasure Island Pirate Ship 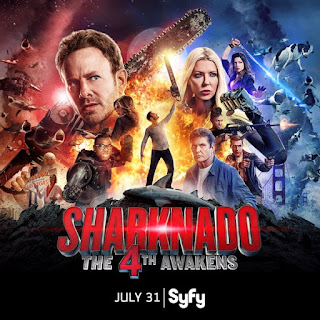