This was the trio of series that began my hobby of connecting the dots and piecing together shared realities by crossovers, so it's surprising I waited until 18 months after starting the TVCU blog to cover it.

February 1955--LOVE, AMERICAN STYLE--"Love and the Happy Days"--Pilot for the TV series. 1957 to 1967--HAPPY DAYS--The story of the Cunningham family, and their adopted juvie, Arthur Fonzerelli, who has the super power of being cool (similar to Austin Powers' mojo). December 1957--HAPPY DAYS--"Guess Who's Coming to Christmas"--The final appearance of Chuck Cunningham. Note that following this, Fonzie and the Happy Days Gang will head off on a time travel adventure, and then return at the exact point that they left, though much time has passed for them.  Following this time adventure, Chuck seems to have ceased to exist, as in the finale of Happy Days, Howard Cunningham states he has only two children.  This is why time travel is bad.  Very bad. 1957--THE FONZ AND THE HAPPY DAYS GANG--Fonzie, Richie, Ralph and Potsie tag along with a Time Lord in her TARDIS, but can't find their way back.  And apparently, they screw up time enough to delete a sibling from existence.


1957--PAC PREVIEW PARTY--During his adventures in time and space, Fonzie shows up at a celebration for PAC-MAN. 1959 to 1967--LAVERNE AND SHIRLEY--Two girls who are friends with the Fonz work for Shotz Brewery.  Note the characters of Lenny and Squiggy existed prior to the show as part of the comedy act of Michael McKean and David Lander. January 1959--LAVERNE AND SHIRLEY--"The Society Party"--Fonzie shows up at a lot of parties on this show.  He will also appear in "The Bachelor Party" and "Bachelor Mothers".

October 1959--LAVERNE AND SHIRLEY--"Excuse Me, May I Cut In?"--Richie and Potsie appear at a dance. 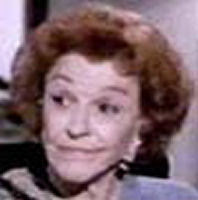 September 1960--HAPPY DAYS--"Hollywood"--Fonzie jumps the shark...and so does the show.

February 1961--HAPPY DAYS--"My Favorite Orkan"--Though Mork will later recall this as being in the 50s, in fact it's 1961.  Mork comes to Earth to abduct the Fonz, but in the end, leaves him alone and erases everyone's memories, so they believe the incident was a dream.

February 1961--MORK AND MINDY--"Pilot"--Mork returns to visit the Fonz and learn about women, with Laverne as the test subject.  Mork tells this story to Mindy, saying it was the 1950s, but this takes place after his last meeting with the Fonz, which was 1961.

March 1962--HAPPY DAYS--"Mork Returns"--This time, Mork has travelled back in time to visit Fonzie and Richie.

September 1962--HAPPY DAYS--"Chachi Sells His Soul"--When Chachi sells his soul to a demon, his guardian angel Random must come to the rescue.

September 1962--HAPPY DAYS/LAVERNE AND SHIRLEY--"Shotgun Wedding"--The Happy Days Gang and the Laverne and Shirley gang all go out camping in redneck land at the same time by coincidence.  After Fonzie and Richie hit on the farmer's daughters, they end up being held at shotgun to marry the girls.  The guys say they're already engaged to Laverne and Shirley.  This two parter (that starts on one show and ends on the other) is in fact the moment the TVCU concept began.  One episode literally ends mid scene with the guys being chased across a field, and the next show continues at that exact point in the scene.  So awesome.  The girls had also appeared in other HAPPY DAYS episodes "A Date with Fonzie", "Football Frolics", "Fonzie the Superstar", and "Fonzie's Funeral".

1965 to 1966--JOANIE LOVES CHACHI--But nobody else did.  Milwaukee's favorite couple moves to Chicago to get their band going, because everyone knows Chicago is where musicians make it big, especially folk music.  They fail, and go home a year later.

September 1965--JOANIE LOVES CHACHI--"Fonzie's Visit"--Fonzie visites his nephew, but it doesn't help ratings.  During this single season, Joanie's parents will show up twice as well, but not worth the separate entries.

November 1965--LAVERNE AND SHIRLEY--"Not Quite New York"--The entire cast of characters move to Hollywood, and the show jumps ahead three years.  (Shows in 1976 occurred in 1959, and moved normally in time.  With this season, suddenly it's 1965, and each year moves normally after that, except that the finale is 1967, which means the last two seasons occur in one year's time.)

1967 to 1969--MORK AND MINDY (ANIMATED)--Mork comes to Earth once again, and meets Mindy for the first time, though after the two year period, he must erase her memory, and perhaps Orson erases Mork's memory as well.  Note that Orkans age backwards, but also very slowly, so that Mork appears unaged since his first appearance on Earth in the 1950s to his last appearance in the 1980s.

1976--MR. T AND TINA--Taro Takahashi may be the twin brother of Matsuo "Arnold" Takashashi. 1977--BLANSKY'S BEAUTIES--A tale of immortals.  This series is about Howard Cunningham's cousin Nancy Blansky Walker, a former Vegas showgirl who now is a housemother for other Vegas showgirls.  And she's the same age she was on Happy Days, even though the show takes place 20 years later.  Arnold is a regular on this show as well, now owning a coffee shop, and he too hasn't aged in 20 years.

February 1977--BLANSKY'S BEAUTIES--"Blansky's Biking Beauty"--Pinky Tuscadero, the girl from Milwaukee with loose morals who dated the Fonz is now a professional stunt biker, and hasn't aged in 20 years!!!

April 1977--BLANSKY'S BEAUTIES--"Nancy Remembers Laverne"--Nancy recalls having known Laverne DeFazio, who despite being a clutz, was a great dancer. 1978 to 1982--MORK AND MINDY--Mork is an alien from Ork who comes to Earth to observe Earth culture.  Mindy is a single girl who feels sorry for this weird alien and lets him move in with her.

1979--LENNY AND THE SQUIGTONES--Lenny and Squiggy launch an album, with a guest assist from SPINAL TAP's Nigel Tufnel.

1979--OUT OF THE BLUE--A story of a guardian angel coming to take care of a family.

September 1979--OUT OF THE BLUE--"Random's Arrival"--Mork visits Random, his old friend, and it's revealed that Heaven is next to Ork!!!  This makes me thing that Random is not a real angel, but rather an alien from a race with delusions of biblical proportions.  (Or perhaps these aliens are some sort of offshoot from the Great Rebellion.)

February 1982--MORK AND MINDY--"Mork, Mindy, and Mearth Meet Milt"--When beaming back to Earth from Ork, the packages they had are accidentally replaced by a bottle of wine and glasses.  Seconds later, Captain James T. Kirk beams in with the packages, upset about the switch.  He trades his stuff so he can go off and meet a Roxanne, and shouts for Orson to beam him up.  Note that this is  Kirk, who must have come back in time for vacation.  Mork mentions Star Trek II as a film, though, but my Star Trek blog explains how Star Trek can be real in a future that has it as a TV series in the present, thanks to a time traveler.

1984--STRONG KIDS, SAFE KIDS--This video was compiled to keep kids safe from sex offenders.  Because before then, there was no such things as pedophiles.  Apparently, from my memories of childhood, this was an invention of the early 1980s.  All of a sudden children weren't safe.  Anyways, amongst those helping to keep kids safe is Arthur Fonzarelli (who looks good for his age), Ollu (using the name Fred Flintstone), the Smurfs (coming from the Looniverse), Scooby-Doo and Scrappy-Doo.  Oh, and there is a song about penis and vagina.


1986 to 1993--PERFECT STRANGERS--Perfect Strangers also had a reference to Cunningham Hardware Store in Milwaukee.

1992--WAYNE'S WORLD--After encountering a Terminator (who got beamed to the wrong time and place), Wayne and Garth end up visiting Laverne and Shirley's old neighborhood and taking a tour of Shotz Brewery.

2000--SCARY MOVIE--Squiggy is now principal at a high school where there killers are duplicating the events of the film Stab, based on a book by Gail Weathers, about the real events in which a killer (or rather killers) referred to as Ghostface terrorized teens in Woodsboro.  Note that the first two Scary Movie films are included in the TVCU, as they tend to be more of a genre parody, which is acceptable.  The later films become more of pop culture/celebrity parodies, which go in the NOT ANOTHER SPOOF MOVIE UNIVERSE.

October 2009--SUPERNATURAL--"Fallen Idols"--This next potential crossover find I need some feedback on. When Dean and Sam visit a wax museum, there are many figures of historical persons, and each have a personal effect of the real person. But the owner of the museum also claims to be wearing Fonzie's jacket. So here everyone mentioned is a real historical figure, and Fonzie. Not Fonzie from Happy Days or Fonzie played by Henry Winkler. Just Fonzie's jacket. Considering the amazing things Fonzie did, I could imagine that he because quite the American urban legend and folk hero, later inspiring a TV show and quite a few cult followers. SKITLANDIA:  SNL does a sketch conflating Reservoir Dogs/Pulp Fiction with Welcome Back Kotter and Laverne & Shirley.