Adventure has a name.

His name is Indiana Jones.

Adventure, as it turns out, also has a goddaughter.

Her name is Alison Dare. 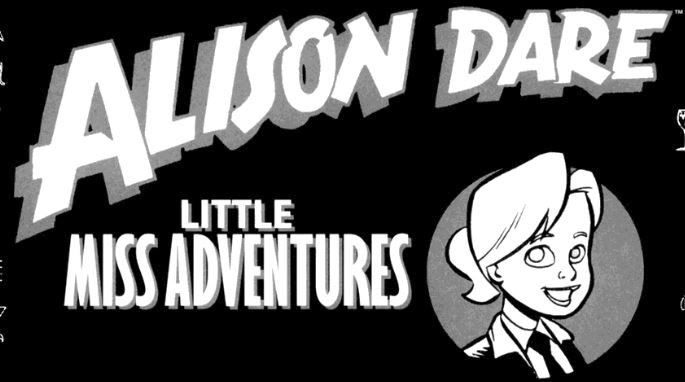 Dating these stories is difficult. The characters never mention a year, and the technological status varies somewhat between anywhere from the 1930s to the 1940s. I’ve dated all of the adventures to 1944 on two facts: 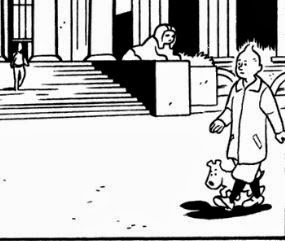 The Ark of the Covenant

The Right Hand of Doom; Two of the Three Sankara Stones

Reference to Officer Coffey, a major character on Hill Street Blues.
TINTIN and Snowy appear in one panel
The broken-ear statuette from TINTIN AND THE BROKEN EAR appears in one panel of the same story as Tintin.
Ark of the Covenant appears.
Two of the shankara stones (the third, we might assume, is still in Fabian Gray’s possession).
A framed photograph of Indiana Jones is on Alison’s wall.

Alison Dare and the Arabian Knights

The genie performs his magic by uttering the words “Sim Sim Sala Bim!”
One of the magically summoned Islamic guards calls out his battle cry of “Hassan chop!”

Alison Dare and the Secret of the Blue Scarab
This story is a pastiche of Silver Age superhero comics, and late Golden Age/early Silver Age Romance comics.
Alan Dodd, Alice Dare
The entire issue is the set up for a pastiche of the original Blue Beetle

Posted by James Bojaciuk at 9:44 PM