John Munch is a fictional character played by actor Richard Belzer. Munch first appears on the American crime drama television series Homicide: Life on the Street on NBC. A regular through the entire run of the series, Munch is a cynical detective in the Baltimore Police Department's Homicide unit, and a firm believer in conspiracy theories. He is originally partnered with Det. Stanley Bolander (Ned Beatty). On the cancellation of Homicide in 1999, Munch became a regular on the Law & Order spin off, Law & Order: Special Victims Unit, after Belzer was offered a regular role on the show, and has been with the show all fifteen seasons. On SVU, Munch is a senior detective in the New York Police Department's Special Victims Unit, and is first partnered with Brian Cassidy (Dean Winters), followed by Monique Jeffries (Michelle Hurd), and Fin Tutuola (Ice-T). In the ninth seasonpremiere, Munch is promoted to the rank of Sergeant and occasionally takes on supervisory functions within the department. In season 14, Munch is temporarily reassigned to the Cold Case Unit, after solving a decade-old child abduction case in the episode "Manhattan Vigil". He returns to the squad in "Secrets Exhumed", in which he brings back a 1980s rape-homicide cold case for the squad to investigate.
In the season 15 episode, "Internal Affairs", SVU Captain Donald Cragen informs Detective Olivia Benson that Munch has submitted his retirement papers, stating that a recent case (portrayed in the episode "American Tragedy") had hit him hard. In the following episode, "Wonderland Story", Cragen and the squad throw Munch a retirement party, where past and present colleagues and family members celebrate his career. At the conclusion of the episode, Munch returns to the precinct to gather his belongings, where he and Cragen embrace as Cragen remarks, "you've had one hell of a run, Sergeant Munch."
Munch is based on Jay Landsman, a central figure in David Simon's true crime book Homicide: A Year on the Killing Streets.[2] The character of Munch has appeared in more television series than any other fictional character, appearing in nine series on five networks since the character's debut in 1993. With his retirement in the character's 22nd season on television, he was on longer than Marshal Matt Dillon (Gunsmoke) and Frasier Crane(Cheers and Frasier), both of whom were on television for 20 seasons.

Toobworld may be the inspiration.  I Love Lucy may be the starting point.  But if you look to the center of the Television Crossover Universe, you will find Detective John Munch.

I may be mistaken, but I do believe that Detective Munch has appeared on more series than anyone else.  The precursor to the character was the stand-up comedy routines of Richard Belzer, the actor who plays Munch.  Much of who Munch is comes from the comedian who ironically plays him in such serious situations.

The actual character of Munch first appeared in Homicide:  Life on the Street, and while there, he also played the character on Law & Order and the X-Files.  When Homicide ended, Munch transferred and joined the cast in the Law & Order spin-off, Special Victims Unit.  Since then Munch has appeared in a variety of different places.

Come join the discussion about Detective Munch or other TVCU related topics here.

May 1989--X-FILES--"Unusual Suspects"--Geeks John Fitzgerald Byers, Richard "Ringo" Langley, and Melvin Frohike meet for the first time as the three get involved in the conspiracy world of FBI Agent Fox Mulder, who will become a good friend and associate in the future.  This all occurs in Baltimore, where Detective John Munch of Baltimore HOMICIDE gets assigned to the case, until the FBI takes over.  Ironically, Munch, who is well known for spouting out about conspiracy theories, doesn't believe the trio, who go on to form the LONE GUNMEN.

January 1993 to May 1999--HOMICIDE:  LIFE ON THE STREET--Detective John Munch works for Baltimore Homicide before later transferring to New York's SPECIAL VICTIMS UNIT.

1996--A VERY BRADY SEQUEL--Detective John Munch is in Los Angeles assisting on a case, and takes time to help out someone calling himself Mike Brady.  This causes some complications, as normally I wouldn't want to include this type of remake/spoof film in the TVCU.  In a very Brady blog, I will reconcile the movies with the original series.  But it's likely that this Mike Brady is the nephew of the Mike Brady from the series.  This film also creates a tie to GILLIGAN'S ISLAND, only it doesn't quite match up with the original series either, so this is some other Gilligan, Professor, and Minnow being referenced.  JEANNIE also appears, and this does seem to be the original Jeannie.  I'll cover these difficult appearances and references in later blogs.

September 1999 to Present--LAW & ORDER:  SPECIAL VICTIMS UNIT--In the criminal justice system, sexually based offenses are considered especially heinous. In New York City, the dedicated detectives who investigate these vicious felonies are members of an elite squad known as the Special Victims Unit. These are their stories. Detective John Munch is one of the Unit detectives,having previously worked for Baltimore HOMICIDE.

2000--HOMICIDE:  THE MOVIE--Detective John Munch returns home to Baltimore for one final investigation with the old team.

February 2006--ARRESTED DEVELOPMENT--"Exit Strategy"--Detective John Munch is part of a joint task force to bring down the Bluth family. 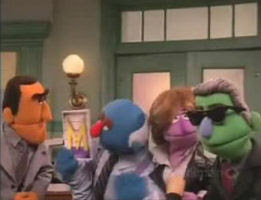 May 2007 to Present--PARIS CRIMINAL INQUIRIES--Crime also happens in Europe.  Detective Munch has appeared.  (Of course.)

February 2008--THE WIRE--"Took"--Detective John Munch appears in this episode.

October 7, 2009--JIMMY KIMMEL LIVE!--Detective Munch makes an appearance on this show in which Richard Belzer is also one of the guests.  Belzer of course is famous for playing a fictionalized detective based on Munch.

June 2010--LUTHER--Luther says to his young officer, "Contact Detective Munch in New York; he works in the Special Victims Unit." 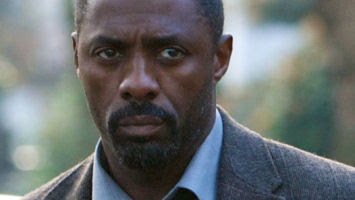 LOONIVERSE--Detective Munch (of course) made an appearance on the Simpsons.

And here are some blogs about the Toobworld Detective Munch.

And from TV Tropes and Wikipedia:

Here are some of the more recent posts regarding Detective Munch in the TVCU discussion forum.

The Line it is Drawn #162 – Crisis on Infinite Munchs!

Homicide: Life On The Street/Law And Order: Special Victims Unit and The Wire

MUNCH A BUNCH 2 - PROUD AS A PEACOCK

Bonus.  Horror Crossover Universe! is actually a place where Munch does not have a presence.  Well, not entirely true.  Law & Order is in the HCU, so Munch does exist.  But only in stories irrelevant to the subject of that book.
Posted by Robert E. "Robyn" Wronski, Jr. at 2:31 PM