The original story, the Legend of Sleepy Hollow, is part of the Television Crossover Universe.  There have been several crossover connections, including ones that have provided an explanation for the headless rider, and others that have confirmed that explanation.

Thus, sadly, the new television series, Sleepy Hollow, as awesome as it is, is not in the Television Crossover Universe.  There are, however, some superficially loose similarities to the film Fallen and the series Supernatural.  Enough for me to postulate that the series may exist in my reboot universe, the TVCU2, which is actually a divergent timeline of the TVCU.

Come join the discussion about Sleepy Hollow or other TVCU related topics here.

And of course, a mini-chron. 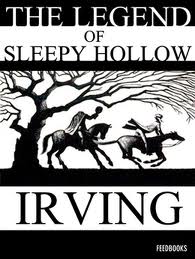 1790--THE SKETCHBOOK OF GEOFFREY CRAYON “THE LEGEND OF SLEEPY HOLLOW” (SHORT STORY BY WASHINGTON IRVING)--Schoolmaster Ichabod Crane competes with bullyish Abraham Van Brunt for the hand of Katrina Van Tassel.  Abraham constantly plays pranks on Ichabod to make him look bad.  Ichabod is very superstitious, and at one particular party, Abraham takes advantage of this to relate many of the local ghost stories, including one of a Hessian soldier whose head had been lost by a stray cannonball.  Ichabod leaves the party and finds himself chased by a rider whose head is not on his head but in his saddle. After quite a chase, the mysterious rider throws his head at Ichabod.  Irving leaves the story up to interpretation.  The next morning, a smashed pumpkin is found next to Ichabod’s trampled saddle, discarded hat, and wandering horse.  However, later tales that are in the HCU seem to support the notion that the Headless Rider is a phenomenon that occurs whenever a rider loses his head, though not all Headless Rider ghosts are the same ghost.

Winter 1986--REAL GHOSTBUSTERS--"The Headless Motorcyclist"--A descendant of Ichabod Crane (from THE LEGEND OF SLEEPY HOLLOW) comes to the Ghostbusters for help.  For generations her family has been haunted by the Headless Horseman, who takes new forms over time, as he now rides a motorcycle rather than a horse.  The Ghostbusters lift the curse, though the Headless Rider will continue to haunt others.

2004--Karroll's Christmas--From James Bojaciuk:  I just finished watching Karroll's Christmas, which is one of the most delightful remakes of A Christmas Carol ever produced. Three inturn ghosts visit the wrong man and make him relive the life of the cranky old man down the street.  The Headless Horseman, Scooby-Doo, and Casper are all mentioned as real beings. It's rather troublesome that Scooby-Doo is considered one of the most famous ghosts currently active, but I'm sure there is an explanation of some sort. Freddy Kruger is mentioned in a way that is rather iffy of his reality; I'm willing to call it a crossover connection, even divorced from Rob's TVCU rules.  Basically: The Ghost of Christmas Future inturn is called a "sawn-off Freddy Kruger." The level of offence he takes at this suggests he knows Freddy's real.  Anything's possible. The ghosts weren't exactly the brightest incorporeal beings.  Andrew Brook adds:  More likely that the guy was mistaken, and it was actually "Goober and the Ghost-Chasers"..... and that brings in "The Partridge Family". Hell, I'm glad I'm not old enough to know what these things are....  [From Rob:  I recently noticed a deceased scooby in slither, even though I feel scooby still lives. I'll have to work that out.  Maybe the scooby ghost was actually one of these. http://www.scoobyaddicts.com/FamilyTree.aspx?name=Scooby&FamilyID=1.  As for scooby's ghost, could it actually be one of scooby's identical brothers? He has two. Could be dooby or skippy.  Remember that for the tvcu if it's borderline as to a pop culture ref or a real ref, but both works are already in, I consider it a real ref. remember too that Freddy is neither dead nor powerless in the tvcu. Despite being abandoned by the dream demons, he's mastered on his own how to feed off of fear and the souls of those he's slain.  Sounds valid as the supernatural ep ref to Krueger I include.  I like that this is a five way cross, although all parties are already in.]

August 2005--VOODOO TWILIGHT--So many crossovers, and here they are:  DRACULA, WHITE ZOMBIE, BLACK COATS, THE TREASURE OF THE VESTE NERE, TALES OF THE SHADOWMEN VOLUME 1:  THE MODERN BABYLON "The Last Vendetta", BROTHER VOODOO, CHILD'S PLAY, TALES OF THE ZOMBIE, REVOLT OF THE ZOMBIES, LIVE AND LET DIE, ANGEL HEART, STRANGE CONFLICT:  A BLACK MAGIC STORY, THROUGH THE GATES OF THE SILVER KEY, I WALKED WITH A ZOMBIE, ZOMBIES ON BROADWAY, JOHN THUNSTONE, KOLCHAK:  THE NIGHT STALKER, PIRATES OF THE CARIBBEAN, CAPTAIN BLOOD, BUFFY THE VAMPIRE SLAYER, LORNA DOONE, GULLIVER'S TRAVELS, JERUSALEM'S LOT, THE LEATHERSTOCKING TALES, CHARMED, TREASURE ISLAND, THE CASE OF CHARLES DEXTER WARD, THE LEGEND OF SLEEPY HOLLOW, JOHN CARTER, THE SHADOW OVER INNSMOUTH, MOBY DICK, THE NARRATIVE OF ARTHUR GORDON PYM OF NANTUCKET, THE LIVES OF THE MAYFAIR WITCHES, DOC SAVAGE, THE PHANTOM, 20000 LEAGUES UNDER THE SEA, WILD WILD WEST, GONE WITH THE WIND, THE WIZARD OF OZ, THE LONE RANGER, THE REIGATE PUZZLE, THE LOST WORLD, THE RED TRIANGLE, THE SHADOW, AT THE MOUNTAINS OF MADNESS, THE BODY SNATCHERS, THE WORKS OF STEPHEN KING, FEN-CHU THE ENIGMATIC, CARNACKI, L'ATLANTIDE, and THE EXORCIST.

2013—Deadpool Killustrated; Cullen Bunn, Matteo Lolli, Sean Parsons, and Veronica GandiniOne of the infinite Deadpools in the infinite multiverse has a problem.He knows he's fictional. He's a puppet dancing at the edge of a pen, colorist's brush tickling his funny places.So he sets out, guns and swords and insanity and incredibly awful one-liners in tow, to kill every fictional universe, and keep on killing every fictional universe, until he arrives at Earth Zero and can murder every last writer. So it goes. We find him at the far end of the Marvel multiverse, having carved and shot and exploded his way from somewhere near the center out to the fringes. He forces captive mad scientists to make him a portal into the next multiverse over. As he leaves, he murders them with a pre-prepared trap.But before they die, the mad scientists send a distress signal through the portal. It arrives in 1895 London, where it is swiftly brought to 221b Baker Street. The Holmes tulpa quickly gets the signal in order; and discovers that a madman is out, killing the universe. Because, as Deadpool thinks, killing the Commonwealth--or, as he calls it, the "Ideaverse"--will wipe away every character inspired by the tulpa.Therefore, killing Mowgli prevents the existence of Tarzan and Ka-Zarr; or murdering the Little Meremaid prevents Namor. It's incredibly unlikely, but other kind of plan would you expect Deadpool to concoct?While's he's out and about, killing everything you ever loved, Holmes fetches The Time Traveller's time machine. He and the Watson tulpa collect their own team to hunt down Deadpool: Beowulf, the monster-killer; Natty Bumpo, the tracker, Hua Mulan, the warrior; and the ever-trusty Dr. John H. Watson. During this time, Deadpool implants one of his alternate personalities in Frankenstein's monster.Holmes and his hunters track Deadpool all across the Commonwealth; finally, they confront him in 1627 Paris, over the corpses of the Three Musketeers. A fight ensues. Beowulf dies at the hands of Frankenstein's Monsters, which Watson then guns down. Deadpool steals the time machine, planning to deal a final blow to the Commonwealth. Holmes clambers aboard himself, and the two battle as spacetime passes them by. Just as Moriarty before him, Deadpool is thrown far away into the void of space.The Commonwealth, however, is mortally wounded. No-one remembers the stories as they were. Things break apart, break down, like a wound allowed to fester. All that can repair it is memory. And so Holmes begins to recite, from memory, every altered story..."My father's family name being Pirrip, and my Christian name Philip, my infant tongue could make of both names nothing longer or more explicit than Pip. So, I called myself Pip, and came to be..."The Commonwealth begins to heal. 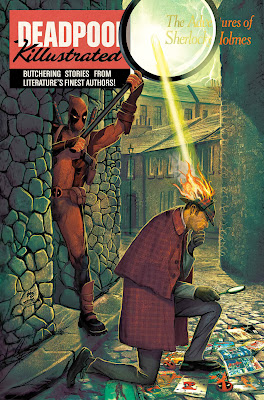 Deadpool murders, in order:  Don Quixote and Sancho, Moby Dick, Pinocchio (who was inside Moby Dick's belly), Ismael (from Moby Dick), Tom Sawyer and Huckleberry Fin, Dracula and his brides, the Headless Horseman (in reality, Brom Bones), the Little Women, Ebenezer Scrooge and the Ghost of Christmas Future, Dr. Frankenstein, Dr. Moreau and his ani-men, the entire island of Lilliput, Julius Caesar and all of his murderers, the wonderfully heroic Kaa, Baloo Mowgil, and Baghera, the entire crew of the Hispaniola (from Treasure Island), Captain Ahab, Captain Nemo, and the Little Mermaid, Scylla and Charybdis, the three witches (from Macbeth), the narrator and the Raven (from Poe's "The Raven"), Dorian Grey, Gregor Samsa (from Kafka's The Metamorphosis), The Three Musketeers (and D'artagnan), Natty Bumpo, and, lastly, Beowulf.With the universe restored, all of Deadpool's murders are undone and the stories resume their natural course.

TVCU CREW REVIEW
Here are some of the more recent posts regarding Sleepy Hollow in the TVCU discussion forum.

"You guys into time travel? Because I've got a tricked-out DeLorean out back. " - Used Car Salesman, 'Sleepy Hollow'

In the Not-Cross category, Sleepy Hollow is a TV show in the BONES universe.

Just like in the film Fallen, demons can move from person to person by touch in the show Sleepy Hollow. Just like in Supernatural, salt is used as a barrier that demons cannot cross in Sleepy Hollow. Neither are great crossover links, and overall I don't think Sleepy Hollow works for the TVCU, but it could fit in a divergent timeline (TVCU2?).

THE SKETCHBOOK OF GEOFFREY CRAYON “THE LEGEND OF SLEEPY HOLLOW” (SHORT STORY BY WASHINGTON IRVING)
Release Date:  1820 (Setting is 1790)
Series:  Legend of Sleepy Hollow
The Story:  Schoolmaster Ichabod Crane competes with bullyish Abraham Van Brunt for the hand of Katrina Van Tassel.  Abraham constantly plays pranks on Ichabod to make him look bad.  Ichabod is very superstitious, and at one particular party, Abraham takes advantage of this to relate many of the local ghost stories, including one of a Hessian soldier whose head had been lost by a stray cannonball.  Ichabod leaves the party and finds himself chased by a rider whose head is not on his head but in his saddle. After quite a chase, the mysterious rider throws his head at Ichabod.
HCU Comments:  Irving leaves the story up to interpretation.  The next morning, a smashed pumpkin is found next to Ichabod’s trampled saddle, discarded hat, and wandering horse.  However, later tales that are in the HCU seem to support the notion that the Headless Rider is a phenomenon that occurs whenever a rider loses his head, though not all Headless Rider ghosts are the same ghost. 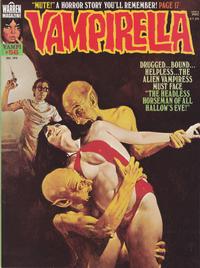 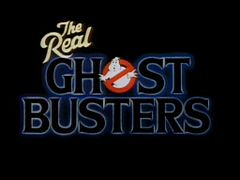 THE REAL GHOSTBUSTERS (ANIMATED SERIES)
Release Date:  September 13,1986 - September 22, 1991 (Contemporary Setting)
Series: Ghostbusters
The Story: Following the events of the film, the Ghostbusters continue to take cases where ghosts are required to be captured.
HCU Comments:  This series presumes that the film Ghostbusters was based on true

SEASON 2 EPISODE 37 “THE HEADLESS MOTORCYCLIST”
Release Date:  November 3, 1987 (Contemporary Setting)
Horror Crosses:  Legend of Sleepy Hollow
The Story:  The Ghostbusters are hired by a descendent of Ichabod Crane, who is pursued by the Headless Motorcyclist.
HCU Comments: Based on this story and others, we know that the Headless Horseman takes different modern forms in different eras.  We also learn that Crane’s family has been cursed to be haunted by this particular ghost throughout the ages.