I've Made a Huge Mistake: Arrested Development in the TVCU


I’ve Made a Huge Mistake: Arrested Development in the TVCU

Now the Crossover Timeline about a wealthy family who lost everything and the one son who had no choice but to keep them all together.

If you fear spoilers, turn away now.

Princess Elsa of Arendelle has what Wikipedia goes above and beyond its duty to define as “cryokinetic powers.” In English, she makes the snow come down and ice freeze the word. Things happen. A lot of things happen. There’s a marriage that shouldn’t happen, reindeer, plots to steal the throne, true love, sidekicks. A lot. You’ll just need to see it for yourself because, according to Wikipedia, seven hundred words’ worth of things happen. We don’t have time for that.

The villain, however, we do have time for. The plot to seize the Arendellean throne is led by the Duke of Weselton. He’s a small, awful man. Balding and beak-nosed. In order to impress Princess Anna, the Duke launches into his family’s chicken dance.

The infamous Bluth family chicken dance which is a certified hate crime in Mexico.

Since no-one outside the Bluth family would ever be so stupid as to dance this dance, it is a safe assumption the Duke of Weselton is a Bluth—and therefore responsible for everything that follows.

This also provides us a basis for understanding Buster. After a loose seal (no, not a Lucile) bites off his hand, he’s preoccupied with the idea that he’s a monster. A horrible, inhuman monster. The Duke has this same preoccupation with monsters and their lack of humanity. One can’t help but wonder if Buster’s fear of being a monster is from a family folktale about a semi-crippled ice ogre that wanted to gobble him up. . . 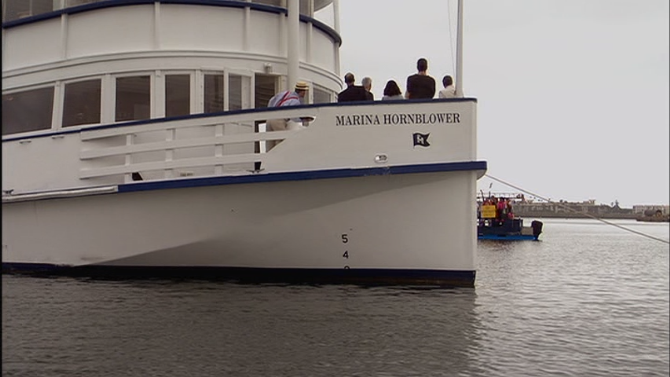 The ship, presumably, was named after the Napoleonic naval hero Horatio Hornblower. The Marina Hornblower can be seen in the background of many episodes.

2004—Arrested Development—“Good Grief”
Depressed, George Michael Bluth wonders past a bright red doghouse. A beagle is sound asleep on top of it. 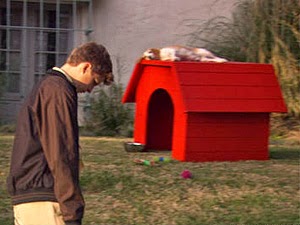 I leave it to the reader to decide if Peanuts exists in a time dilation field where no-one ever ages, if Snoopy is immortal and is passed from generation to generation of the Brown family, or if this is one of Snoopy’s great-greatgrand-pups.

As with Snoopy, I leave it to the reader to decide if Dr. Stein is a (distant, ashamed) relation to the Frankensteins, or if she had unnecessarily cruel parents.

Shady Pines is from Golden Girls. This reference was confirmed by producers. It seems that sometime after Golden Girls, the Shady Pines Corporation expanded from rest homes to rehabilitation centers.

2006—Arrested Development—“Exit Strategy”
Detective Munch leads a scrapbooking club in hopes of getting a confession of treason out of Tobias Funke. 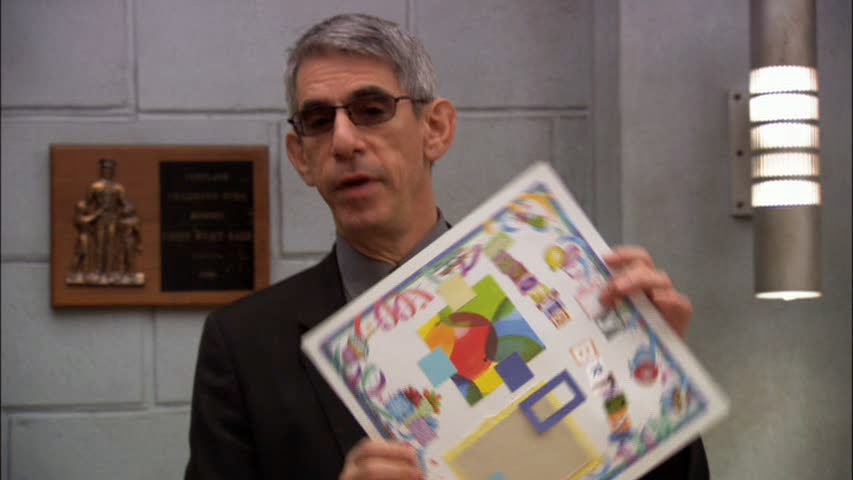 Robert Wronski doesn’t believe this is the same Detective Munch who appeared in just about every television series known to man. According to Rob, “I've been thinking of Detective Munch's appearances in Arrested Development and A Very Brady Sequel. Both take place while Munch is working in the SVU but in both of these he's working in Los Angeles. In Arrested Development, he's billed as Detective Munch and he's working with the CIA to find proof of treason amongst the Bluths. In A Very Brady Sequel, he's only credited as LAPD Detective, and he's working at the city desk. It doesn't make sense that this is the Detective Munch from SVU in these two crossovers, but it would make sense that this is Munch's twin brother, who works as a cop in LA.”

2011—Psych—“Neil Simon’s Lover’s Retreat”
Jerry Kincaid, the victim of the week, has Buster Bluth’s face and mannerisms. One can’t help but wonder just how far Oscar Bluth spread his seed.

Jerry Kincaid and Buster Bluth are played by the same actor, Tony Hale. What elevates this to the level of crossover is how Hale plays Kincaid. Kincaid has Buster’s mannerisms (touching his ear, squinting, the unique walk, the baby-ish mannerisms); these same mannerisms are absent from the rest of Hale’s roles. The reference to Buster was intended; I’ve merely extended this reference into a half-brother.

2013—Arrested Development
The Bluths come back, but aren’t kind enough to bring any crossovers with them.

This is "in" via Rob's International Movie Database rule: if something is cataloged there, it has gained enough prestige,  so to speak, to be formally considered.

Posted by James Bojaciuk at 1:05 AM