KAPTAIN'S LOG: A chronological Timeline of the HOUR-SHOW COMICS universe

Before there was Ivan Ronald Schablotski, there was a superhero we'll call Kid Kilovolt (though he’s better known as KAPTAIN KEVIN). Many of the stories I came up with for Ivan were adapted from KK adventures. The original version, which is not detailed here, was a boy with no powers at all, but believed that the instruction manual he found in the desert (dropped by Ralph Hinkley in the pilot episode of THE GREATEST AMERICAN HERO) was intended for him and his friends, so they made costumes and practiced using their powers, which were of course non-existent. Eventually the decision was made to have each of them develop a single power through study of the book, in order to let them have actual adventures where they stood a chance of beating their foes. From there we got greedy, and gave each character a set of related powers, and then even some unrelated powers, but by now we needed actual origins to explain why these powers could exist in children, so the original back story was scrapped in favor of comicbook style physics (as interpreted by a nine-year old me). That was 1979. Ten years later, still writing stories based on these characters, I decided to shake things up and reveal the REAL origins of these heroes, since a 19 year old has a somewhat better understanding of physics (real and comicbook) than a 9 year old does, and I wanted to make the 10th anniversary of these characters something big, even if the stories were only for me and my friends.

What follows is a timeline of the characters and stories set within a shared world written of by myself (The SHOW COMICS stories) and several friends, primarily Scott Dempley (the HOUR COMICS stories), roughly between the years of 1979 and 1996. The majority of the stories were never fully written or were intentionally parodies of existing fiction.  This continuity was effectively abandoned in mid 1996 following the culmination of story-lines Scott had conceived prior to his passing in January of that year. Many of the details included here are to show parallels between this world and the Marvel and DC superhero worlds that inspired it. Unlike my timeline for Ivan Ronald Schablotski, very little of this work can be verified with print or picture; it's raw fantasy drawn from the imaginations of my collaborators and me, heavily tainted by the pop culture of the day.

What you see here is virtually untouched since 1996, and I’ve chosen to leave it as-is, rather than trying to update or even makes sense of the material. It serves as a tribute to the decades of stories that became the basis for much of the Ivan Ronald Schablotski material, as well as a shrine to the contributions of Scott Dempley to my efforts.

If Ivan's adventures can be considered apocrypha for the TVCU, then Kid Kilovolt's escapades should be apocrypha for DC's Earth-12.

SYMBOLS USED TO INDEX HOUR AND SHOW EVENTS
* = HOUR or SHOW characters / events
# = Historical Files (Real Life of significance)
^ = Parody of comic, movie, TV, or other source
*# or *^ = Crossover between HOUR / SHOW characters and characters from fiction of history (well, parody stand-ins of them, anyway)

It will help if you read a LOT of comics in the 1980s and 90s. Even so, don’t worry that not all of the parody names suggest who they are actually parodies of; this was only ever meant to be an outline. And if it bothers you that this document seems so very bereft of actual information, just remember… April Fools.

1849
* Prospector who will one day be known as the 49er disappears.

1893
* Gothic City is briefly phased into the future via a time anomaly; Jack Kingsley remains in 1994.

1941
* Young Willy Watson becomes the possessor of eldritch power that distorts his body into the superhero Captain Powderkeg.

1974
OCT
* Brad & Janet see a light over at that castle on the hill; aliens leave Earth after destroying Dr X & his creature. 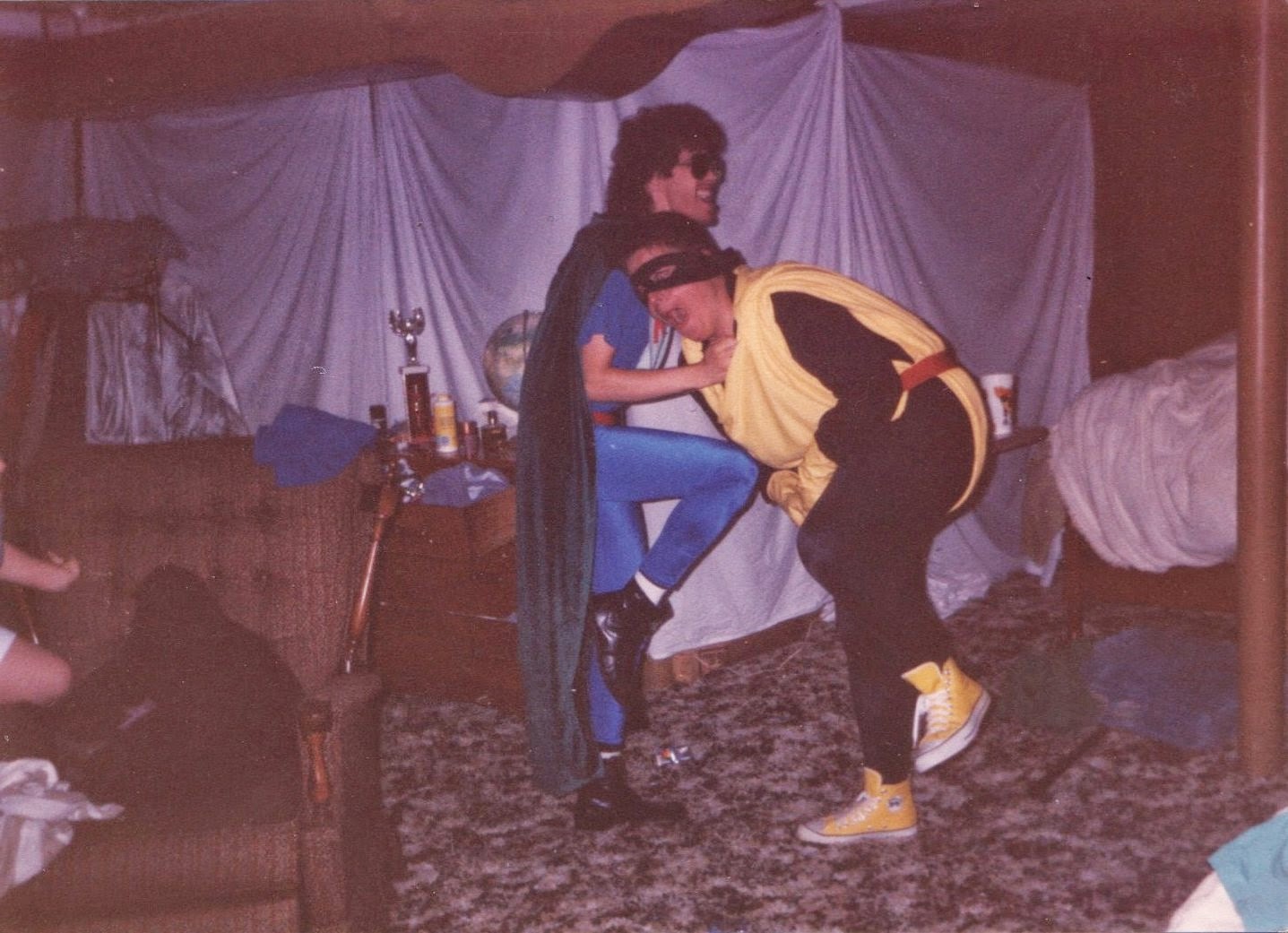 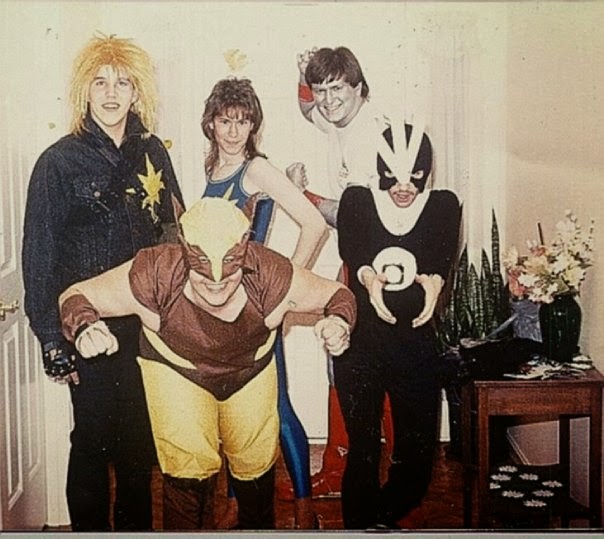 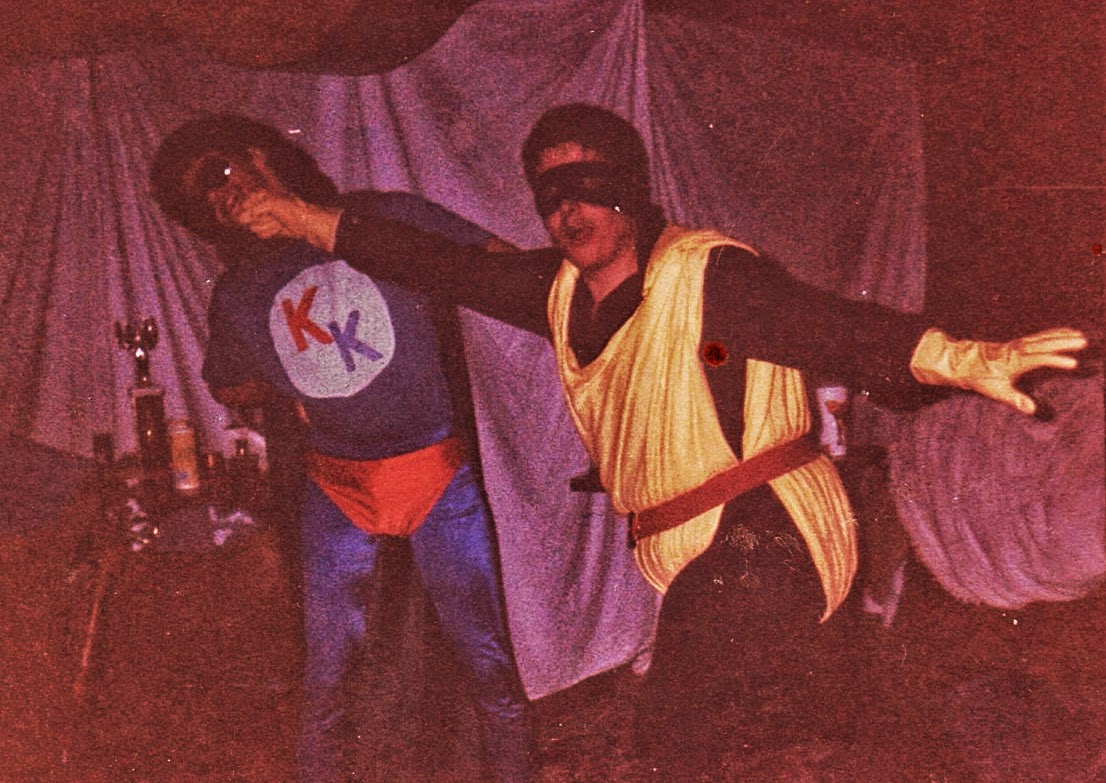 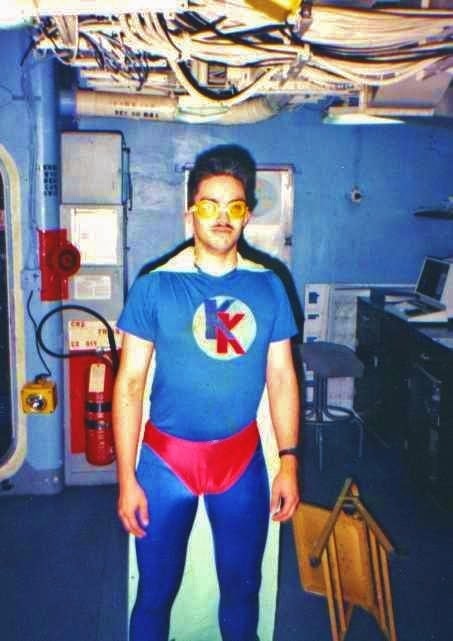 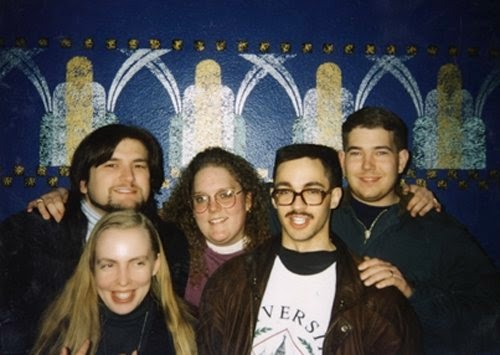 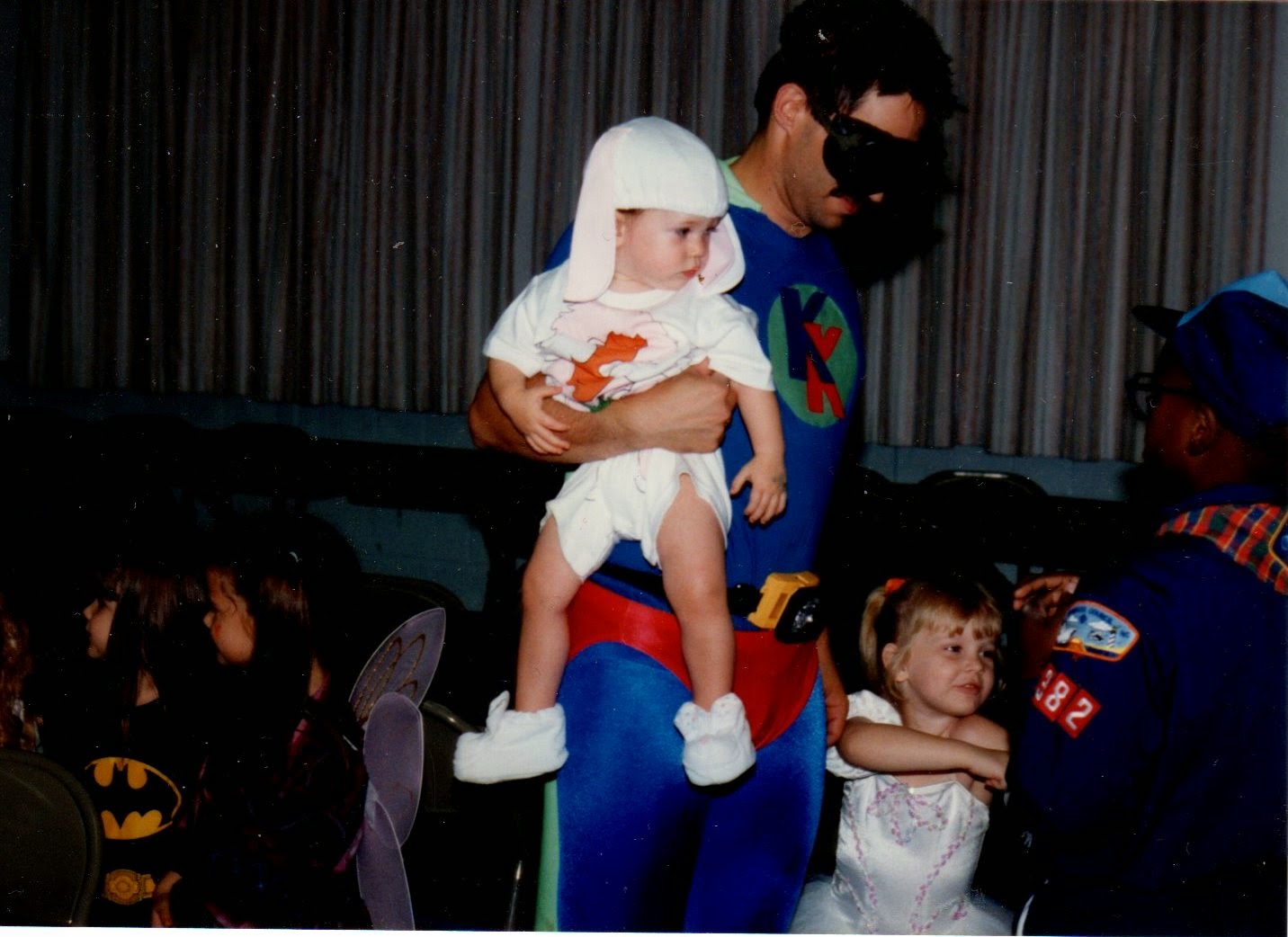 And that’s as far as it got. The characters have lives beyond April 1996, and their adventures as well as their children’s adventures have turned up from time to time, but for now, this is all that has been recorded.