Eleven Minutes Past Midnight on the Coldest Night in November: Gotham City in the TVCU

Part two of A Sense of Place, a four part series on fictional locations.

Thanks to Robert E. Wronski Jr. and Ted Gregory, without whom
this article would be much less complete.
As Dennis O’Neil whispers, “Gotham City is Manhattan below Fourteenth Street at eleven minutes past midnight on the coldest night in November.” There’s no escaping the art deco gone wrong, nor the encroaching shadows and stumble-down sidewalks that all funnel toward crime. It’s a rotting city, and always has been. But there are heroes there, if you choose to look.
Take note: this is not a Batman blog. I will only be charting crossovers where Gotham City itself is the crossover. Gotham’s most famous citizens are a sideshow affair today.
December, 1940~“The Coming of Mr. Scarlet” in Wow Comics #1; story by Ed Herron and Jack Kirby 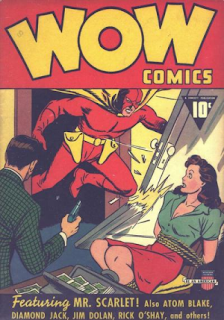 Mr. Scarlet, pre-war mystery man, operates in Gotham City.
This Fawcett comic was the first named appearance of Gotham City in any comic, and appeared scant weeks before Batman #4 (the first appearance of the city in DC Comics) hit the stands.
September 1999~“No Place Like Home,” episode of Sabrina the Teenage Witch
After a rouge spell transforms them into penguins, Hilda asks Zelda if she’d like to “wreak havoc on Gotham city.”
August 2010~Psych: A Fatal Frame of Mind, by William Rabkin 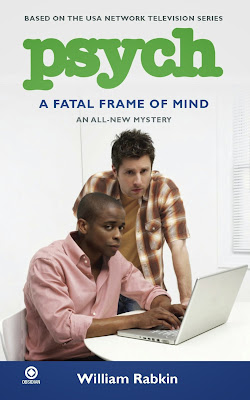 While racing the Illuminati to find Excalibur, “psychic” detective Shawn Spencer and Burton “hairy jujube” Guster meet the apparent grandson of Flaxman Low. Shawn also has no idea who Lamont Cranston is. When captured by the Illuminati, Shawn searches for anything that could serve as a disguise. During the search, this conversation ensues.

"Criminals are a superstitious and cowardly lot, so my disguise must be able to strike terror into their hearts." Shawn said.

"Look around, Do you see anything that looks like a giant bat costume?"

If Gus had been able to find a giant bat, he would have hit Shawn over the head with it. "That's not helping."

"Ask the citizens of Gotham City, I think you'll find they disagree." (233)

Given the crossovers with Flaxman Low and The Shadow, it seems rational to take this to mean Gotham City is a very real place.

Zawame, a secret science city founded and run by the Yggdrasill Corporation, is modeled after Gotham City. It is here that Kamen Rider Gaim stands against the extra-dimensional Inves, and a feudal-like society. 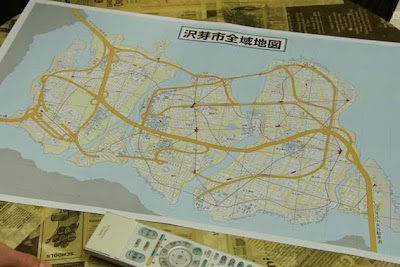 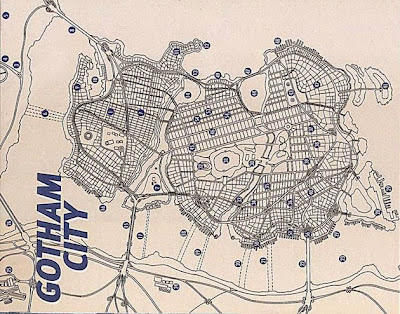 This is the same map of Gotham City that was developed for the Cataclysm crossover event. Considering how easily Gotham City was sealed off from the rest of the United States, it would seem that the Yggdrasill Corporation specifically prepared their science city for this eventuality. (And they would be proven wise, since that very thing happened.)

This brings in most, but not all, incarnations of Kamen Rider. To explain: Kamen Rider is much like a Japanese Doctor Who. There was a popular initial series which, in the end, was cancelled due to declining ratings. A few years later there was a desperate attempt to revive the franchise with a TV movie: a more somber take, with a fascinating version of the character, but tone-deaf execution killed the series until, years later, it was revived again with modern production values and a strong sense of continuity. Cling tight to the Doctor Who comparisons. It will ease you into this world.

“Classic Kamen Rider” took place, largely, in self-contained universes. Modern Kamen Rider, particularly since Kamen Rider W, has sought to build a cohesive Kamen Rider universe. All of the classic series Riders are brought in—in mildly modified forms—in a form much like the Justice Society of America. They are the elder statesmen of the masked hero culture, and travel the world to take on threats beyond the abilities of the younger Riders.

It’s essential to note that Kamen Riders are considered a pervasive urban myth. The series goes to great length to ensure the Riders are never particularly prevalent. Largely, they’re the domain of conspiracy theorist message boards. Occasionally a Rider will become known in his or her own city or school—W and Fourze in particular—but the wider world remains ignorant. Fourze, the series, dedicates a subplot to establishing why the police are never made aware of the monster attacks. 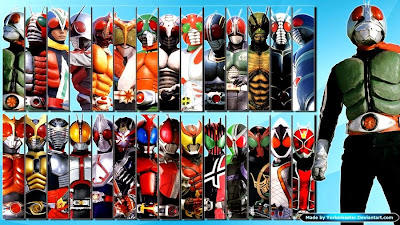 If the Kamen Rider are not the premiere defenders of Japan, they are certainly the most numerous.

2031~The Black Arrow: A Tale of the Resistance, by Vin Suprynowicz 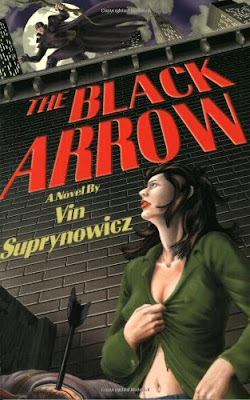 The Black Arrow fights against the Ashcroft-Poindexter police state. The Arrow makes his home in Gotham City. There is no word on what has become of the city’s more famous vigilante.
Posted by James Bojaciuk at 10:04 PM