Wait, what?  Dark Shadows a daytime soap opera?  Yup, that's right.  People don't really think about it now, but Dark Shadows aired during the ABC daytime soap block, in what was a very unusual type of soap.  But yes, Dark Shadows was aimed at bored housewives.  (Hey, Doctor Who was a children's program.) 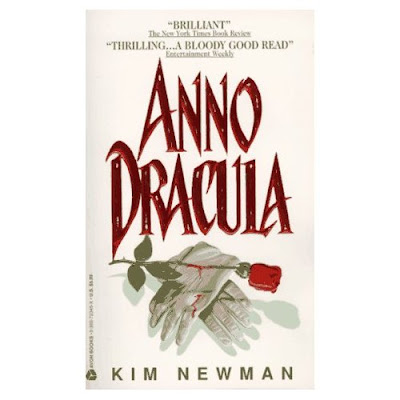 PHOENIX RISING (NOVEL BY PIP BALLANTINE AND TEE MORRIS)
Release Date: April 26, 2011 (Setting is 1892)
Series: Ministry of Peculiar Occurrences
Horror Crosses: Dark Shadows
Non-Horror Crosses: Warehouse 13 (see Notes); 20,000 Leagues Under the Sea
The Story: Agents of the Ministry of Peculiar Occurrences gather dangerous artifacts and keep them stored in a secret warehouse.
Notes: The authors did not intend this to be a crossover with Warehouse 13. But then James Bojaciuk wrote a blog post for the Television Crossover Universe regarding Warehouse 13 where he speculated that the Ministry was Warehouse 12, the previous warehouse that had been in London. Tee Morris came across the blog and commented “Your post popped up in my Google Alert and I have to say both Pip and I were thrilled beyond words at some of these amazing (if not frightening) crossovers you drew between Warehouse 13 and our first novel in this new steampunk series. We won't debunk all your parallels (please speculate, speculate, speculate...)” He then went on to debunk some of Bojaciuk’s claims, but did not debunk the ones listed above, including Warehouse 13. As for the others, Barnabas Collins is one of the noblemen contacted as part of the story’s conspiracy, and one of the agents destroys the Nautilus. 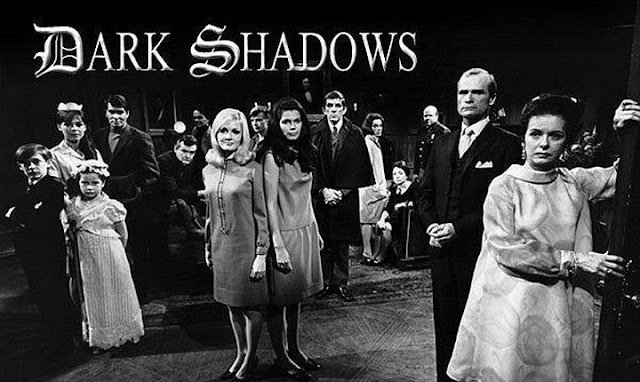 
Notes: Starting in the fall of 1969, and running through 1970, there was a storyline involving the Leviathans, an alien snake like race meant to be connected to the Old Ones of the Lovecraft Mythos. This series was followed by two movies: House of Dark Shadows and Night of Dark Shadows. This series was remade in 1991 as a new series, in 2005 as a TV Movie, and in 2012 as a theater released film. Due to its popularity, it’s been “non-cross” referenced numerous times in film and on television. THE MAN FROM U.N.C.L.E. NUMBER 17 THE HOLLOW CROWN AFFAIR (NOVEL BY DAVID MCDANIEL)
Release Date: 1969 (Contemporary Setting)
Series: The Man from U.N.C.L.E.
Horror Crosses: Dark Shadows
The Story: A mission brings our favorite agents Solo and Kuryakin to Collinsport, Maine.
Notes: Collinsport, Maine is the setting of the dark soap opera Dark Shadows. Sheriff Patterson from the series appears, and on a tree is spotted a carving that reads “Barnabas loves Josette”, likely there since the 1700s. The love story between Barnabas and Josette was a major plotline in Barnabas’ curse as a vampire. Incidentally, if you get nothing else from this book, I hope you’ve at least learned to stay out of Maine. KOLCHAK: THE NIGHT STALKER CHRONICLES “INTERVIEW WITH A VAMPIRE?” (SHORT STORY BY MARK DAWIDZIAK)
Release Date: 2005 (Setting is confusing so see notes)
Series: Kolchak the Night Stalker
Horror Crosses: Dark Shadows
The Story: Kolchak visit Collinsport Maine where he meets Barnabas Collins and his servant Willie Loomis.
Notes: Collins, Loomis, and Collinsport are from Dark Shadows. This story is set shortly after the final episode of Kolchak, which aired on March 28, 1975. And yet the story seems to take place in modern times with cell phones and laptops. It’s comic book and cartoon timeline logic, which doesn’t work for me in regards to the Horror Universe. I could of course place this in some divergent timeline where everything is time delayed by 30 years, but why take out a damn fine crossover like this from the main timeline? So I feel it’s best to include it in the main Horror Universe timeline and just ignore the contemporary references. But I leave it up to each reader to make their own call.

MORE THAN MORTAL (NOVEL BY MICK FARREN)
Release Date: August 1, 2001 (Contemporary Setting)
Series: Victor Renquist
Horror Crosses: Dennis Wheatley’s Duke de Richelieu; Varney the Vampire; Dark Shadows; The Vampyre
The Story: Rehnquist travels to England where it seems that the body of Merlin has been uncovered.
Notes: There are references to the Duke de Richelieu from Wheatley’s series of novels. Though the Duke de Richelieu was a title applied to many real historical figures, in this instance, the reference is specifically to a horror series. Varney, Barnabas Collins (of Dark Shadows) and Lord Ruthven (of the Vampyre) are mentioned as famed English vampires. Varney is said to have been impaled by a vampire slayer while Ruthven is said to have been captured by the church and burned in the sun. Of course, vampires and other monsters are killed all the time in the Horror Universe, and that never stops them from returning. Barnabas Collins was in fact born and raised in America, but his birth was in 1760, when America was still ruled by the British. Americans born before the American Revolution considered themselves to be British.

BLOOD SCARAB (FILM)
Release Date: 2008 (Contemporary Setting)
Series: Countess Dracula; Mummy’s Kiss
Horror Crosses: Carmilla; Dark Shadows; Donald F. Glut’s Interconnected Works; The Occult Files of Doctor Spektor
The Story: Dracula has recently married Elizabeth Bathory but perishes when he miscalculates sunrise due to Daylight Savings Time. Bathory enlists Renfield to find her a way for her to become immune to sunlight.
Notes: This film is a sequel to both the Countess Dracula and Mummy’s Kiss series of films by Glut. Renfield whines that Dracula should have married a Karnstein (as in Carmilla) or a Collins (referencing Dark Shadows). The Marshall Museum of Ancient History appears, which is a satellite of the Marshall Museum of Natural History from a multitude of Glut stories. A book Renfield researches is translated by Dr. Adam Spektor. Elizabeth Bathory was a real historical figure who is said to have bathed in human blood to maintain her youth. She has become a vampire in fiction, but because she is based on a real person, I don’t count her for crossover purposes. DARK SHADOWS/VAMPIRELLA # 1 - 5 (DYNAMITE)
Release Date: August 1 - December 1, 2012 (Contemporary Setting)
Series: Dark Shadows; Vampirella
The Story: Barnabas has returned and encounters Vampi, who has come to Collinsport to pursue a killer.
Notes: This is the Barnabas from the original macabre daytime soap and not from any of the reboots/remakes. DARK SHADOWS: THE DARKEST SHADOW (AUDIO DRAMA)
Release Date: June 30, 2014 (Contemporary Setting)
Series: Dark Shadows
Horror Crosses: The Picture of Dorian Gray; Confessions of Dorian Gray
The Story: Amanda gets a part playing herself in a movie about the events of the past at Collinsport.
Notes: This audio drama is from the folks that brought us the Confessions of Dorian Gray. They have created a story that combines two of their audio series.
Posted by Robert E. "Robyn" Wronski, Jr. at 9:09 PM