Notes: This film is brought into the Horror Universe by a later crossover with Jason Voorhees of the Friday the 13th series. It’s followed by The Texas Chainsaw Massacre Part 2. There was a remake in 2003. The film has been referenced numerous times in other films and television series as being fictional or in homage.

THE TEXAS CHAINSAW MASSACRE PART 2 (FILM)
Release Date: August 22, 1986 (Contemporary Setting; thirteen years after the first film of the series)
Series: Texas Chainsaw Massacre
The Story: A cop whose nephew and niece were victims of the Sawyers in the first film teams up with a radio DJ to find the chainsaw serial killer, but the Sawyers instead go after the DJ.
Notes: This film series is in due to a cross with the Friday the 13th series later on. This film follows The Texas Chainsaw Massacre. The next in the series is Leatherface: The Texas Chainsaw Massacre III. This film has been referenced as fictional or paid homage to in several films and television series. It has also been spoofed in The Texas Comedy Massacre, Nothing But Trouble, The Angry Video Game Nerd, and Junk Bonds.

CHILD’S PLAY (FILM)
Release Date: November 9, 1988 (Contemporary Setting)
Series: Child’s Play
The Story: Using voodoo, serial killer Charles Lee Ray transfers his body into a “Good Guy” doll before his execution. The toy is bought for a young child, and “Chucky” continues his murder spree as a living doll.
Notes: This is the first of the series, followed by Child’s Play 2. A later sequel, Bride of Chucky, will have minor cameos of the claws of Freddy Krueger, the masks of Michael Myers and Jason Vorhees, and the chainsaw of Leatherface. Those crosses with A Nightmare on Elm Street, Halloween, Friday the 13th, and Texas Chainsaw Massacre bring Child’s Play into the Horror Universe. This film was remade in 1993 as Zapatlela. This film has been referenced as fiction, paid homage to, and spoofed numerous times in other films and on television. NIGHTMARES ON ELM STREET: FREDDY KRUEGER’S SEVEN SWEETEST DREAMS “NOT JUST A JOB” (SHORT STORY BY NANCY A. COLLINS)
Release Date: October 1, 1991 (Contemporary Setting, prior to the events of Freddy’s Dead)
Series: A Nightmare on Elm Street
Horror Crosses: Halloween; Friday the 13th; Texas Chainsaw Massacre
The Story: Freddy mentors a kid who wants to be a serial killer.
Notes: The kid checks out a book from the Springwood Library on serial killers. While it talks about real life killers, it also mentions Michael Myers, Jason Vorhees, and the Sawyer family.

THE TEXAS CHAINSAW MASSACRE: THE NEXT GENERATION (FILM)
Release Date: October 7, 1994 (Contemporary Setting)
Series: Texas Chainsaw Massacre
The Story: A group of teens are hanging out in the woods following their prom and stumble upon the Sawyer farm house.
Notes: Fourth movie in the series, following Leatherface: the Texas Chainsaw Massacre III. This is the final film of the original series. The film series has since been rebooted, but the reboot series is not part of the Horror Universe. This film has been referenced as fictional and paid homage to numerous times in other films and on television. It has also been spoofed on the Critic.

JASON VS. LEATHERFACE (TOPPS COMICS)
Release Date: October 1995 to January 1996 (Contemporary Setting)
Series: Friday the 13th; Texas Chainsaw Massacre
The Story: Crystal Lake is drained to place an office building there, and Jason is among the contents shipped to Texas. Jason awakens, and ends up meeting the Sawyers, including the one called Leatherface.
Notes: Later stories would show the lake refilled, and no office building there. I suspect that this story takes place in a divergent timeline. First, in this story, Jason’s mother is named Doris rather than Pamela. If that was the only contradiction, I might overlook it, but additionally, by this point in time, as this is a contemporary setting, the Sawyer family of this story have been dead for a long time. This crossover still brings in the Texas Chainsaw Massacre series, based on my rules for inclusion involving divergent timelines. . Though TCM is based on true events, it is so loosely based on true events that it’s pretty much pure fiction, thus able to be incorporated. Many of these slasher films have in recent years had remakes, but only the original film series are in the Horror Universe, up to but not including the reboots. 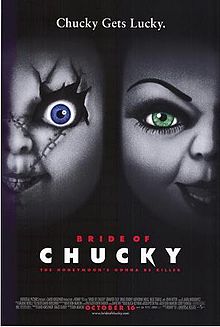