KOLCHAK: TALES OF THE NIGHT STALKER # 3 “THE CREATURES OF HABBIT” (MOONSTONE COMICS)
Release Date: 2004 (Setting is 1976)
Series: Kolchak the Night Stalker
Horror Crosses: Gremlins
The Story: Kolchak is in Habbit, Oregon where he and a real estate agent end up fighting Gremlins.
Notes: These are the same type of Gremlins from the film of the same name, thus bringing in that film and its sequel.

THE HOWLING (FILM)
Release Date: 1981 (Contemporary Setting)
Series: The Howling
Horror Crosses: Gremlins; Bucket of Blood
The Story: To heal from psychological trauma she experienced, a television journalist goes to a secluded spa and encounters werewolves.


Notes: One of the colleagues of the main character is television journalist Lew Landers, who will appear again in Gremlins. Also appearing is Walter Paisley, played by Dick Miller. Miller first played Paisley in the film, Bucket of Blood, where he died, but either the rumors of his death were greatly exaggerated, or he was resurrected by unknown means. Or that film was a divergent timeline. I prefer the first explanation. Miller as Paisley reappeared in Chopping Mall, and has also appeared in Twilight Zone: the Movie and Hollywood Boulevard. This film is followed by several sequels, starting with Howling II: ...Your Sister is a Werewolf. It has been referenced as fictional or in homage several times in film and on television. It has been spoofed in Monster in the Closet, Dexter’s Laboratory, and Futurama. 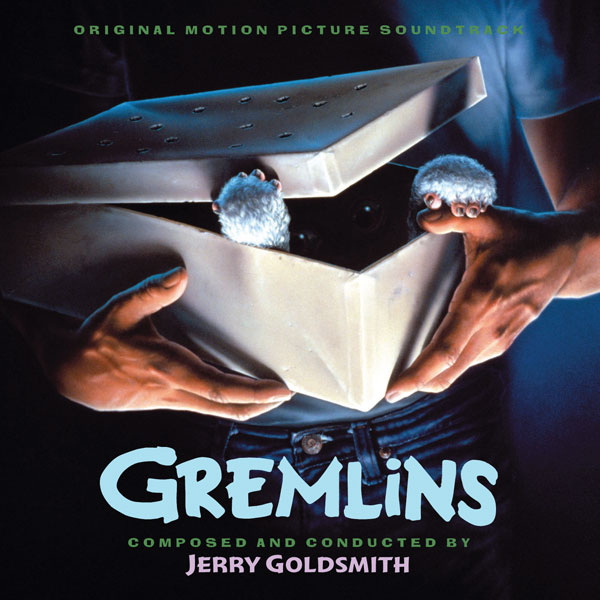 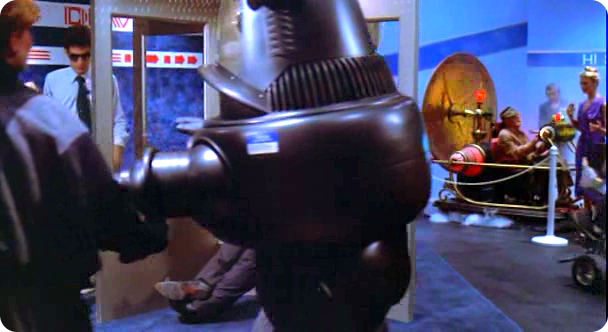 GREMLINS (FILM)
Release Date: June 8, 1984
Series: Gremlins
Horror Crosses: The Howling
Non-Horror Crosses: The Time Machine; Forbidden Planet; It’s a Wonderful Life; The Goonies
The Story: A father brings home an unusual gift for his young adult son. It’s a creature called a Mogwai, which he names Gizmo. Everything is fine, until he first gets the creature wet, which causes him to duplicate. But while Gizmo is cute and sweet, the others are not so. They then trick their owner into feeding them after midnight, a big no-no which transforms them into much deadlier creatures.
Notes: The main character’s father attends an inventor’s convention where the famous time machine from H.G. Wells’ The Time Machine is seen, and then a moment later, it’s gone, replaced by a puff of smoke. Robby the Robot from Forbidden Planet is also seen. If this is truly Robby the Robot, then likely he arrived with the time machine, and that would mean that Forbidden Planet occurs in one of the possible alternative futures of the Horror Universe. Television journalist Lew Landers also appears, who was last seen in the Howling. This story takes place in Kingston Falls, but if you pay attention to the background, it’s clear this is Bedford Falls from It’s a Wonderful Life. Perhaps at some point in the past 40 years, the town changed its name. Of course to complicate matters, the Christmas classic is shown on TV near the beginning of the film. But it could be that a film was made of George Bailey’s life. This film is followed by a sequel in 1990. A remake is in development at the time of this writing. This film has been referenced as fiction, paid tribute to in homage, and spoofed several times in other films and on television. Another crossover with this film happens in the Goonies. When Chunk tries to tell the police about the criminals of the film, the cop dismisses him, and recalls the time Chunk called them about the creatures that multiply in water. 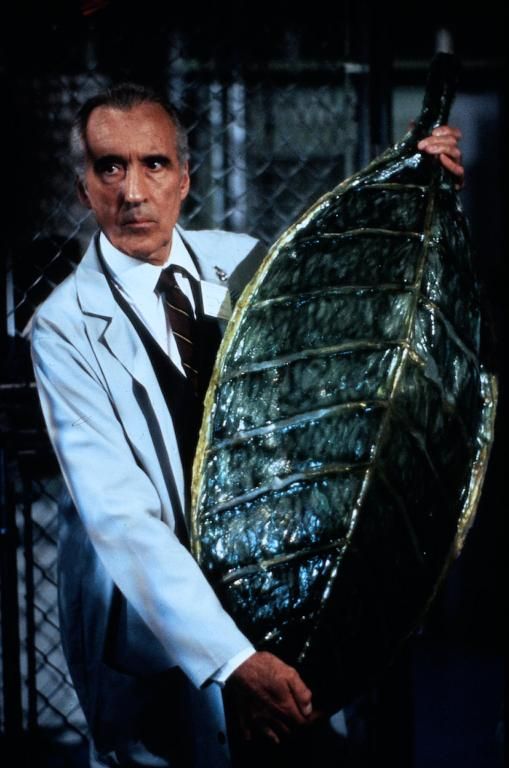 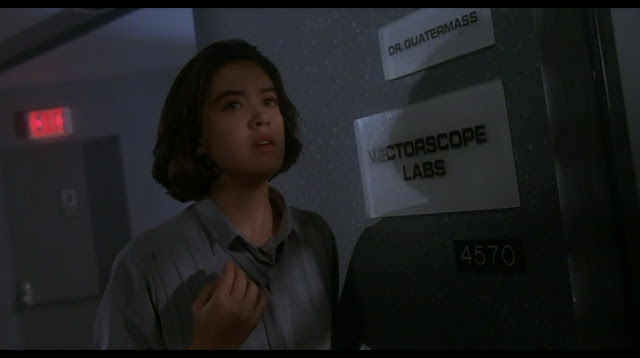 GREMLINS 2: THE NEW BATCH (FILM)
Release Date: June 15, 1990 (Contemporary Setting)
Series: Gremlins
Horror Crosses: Body Snatchers
Non-Horror Crosses: The Quatermass Experiment; Innerspace
The Story: After the death of Mr. Wing, Gizmo ends up the property of Clamp Enterprises and is sent to their headquarters for study. Of course, Gizmo gets wet and multiplies, and the others eat after midnight and become evil gremlins, and the staff of the building must fight to contain the menace.
Notes: This is of course a sequel to Gremlins, already brought in via a cross with the Howling. It should be noted that there is also a reference to the Gremlins in the film The Goonies. One of the Clamp scientists is also in possession of a pod, as seen in The Body Snatchers. One of the offices has a nameplate for a Dr. Quatermass. Considering the first film and this film and their homages, it’s likely meant to be the main character of the classic sci-fi film. Another nameplate lists the offices of Vectorscope Labs. They are the ones who created the shrinking ray in the film Innerspace. I should also note one other crossover in the film that doesn’t really count. Bugs Bunny, Daffy Duck, and Porky Pig appear at the beginning and end of the film, and in a more expanded segment on the DVD version. The film opens as if the viewer will be seeing a Looney Tunes short first, but when Daffy and Bugs fight over it, Bugs decides to just skip to the movie. The film also ends with a typical Porky Pig ending, also interrupted by Daffy. This framing sequence is not part of the main story, and in fact, the implication is that Bugs, Daffy and Porky also see Gremlins 2 as a fictional film from their perspective. So their appearance, not being part of the story that is canon, does not bring them into the Horror Universe. (However, see the entry for Looney Tunes: Back in Action.) This film has been referenced as fictional or paid homage to numerous times in other films and on television. It was also spoofed in a 2013 episode of Saturday Night Live hosted by Jennifer Lawrence when a movie is called Hobbit 14: The New Batch in a digital short. SCOOBY-DOO! MYSTERY INCORPORATED (ANIMATED SERIES)
SEASONS 1 EPISODE 18 “THE DRAGON’S SECRET”
Release Date: March 18, 2011 (Contemporary Setting -- See Series Notes)
Horror Crosses: Gremlins
The Story: The gang is caught between a battle of wizards.
Notes: In a Chinatown shop, there is a Mogwai that resembles Gizmo from Gremlins. 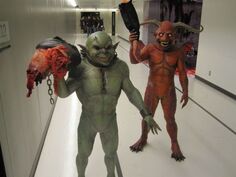