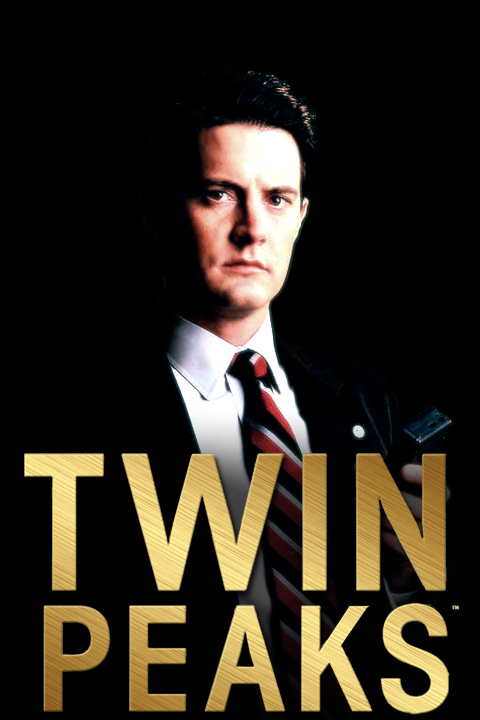 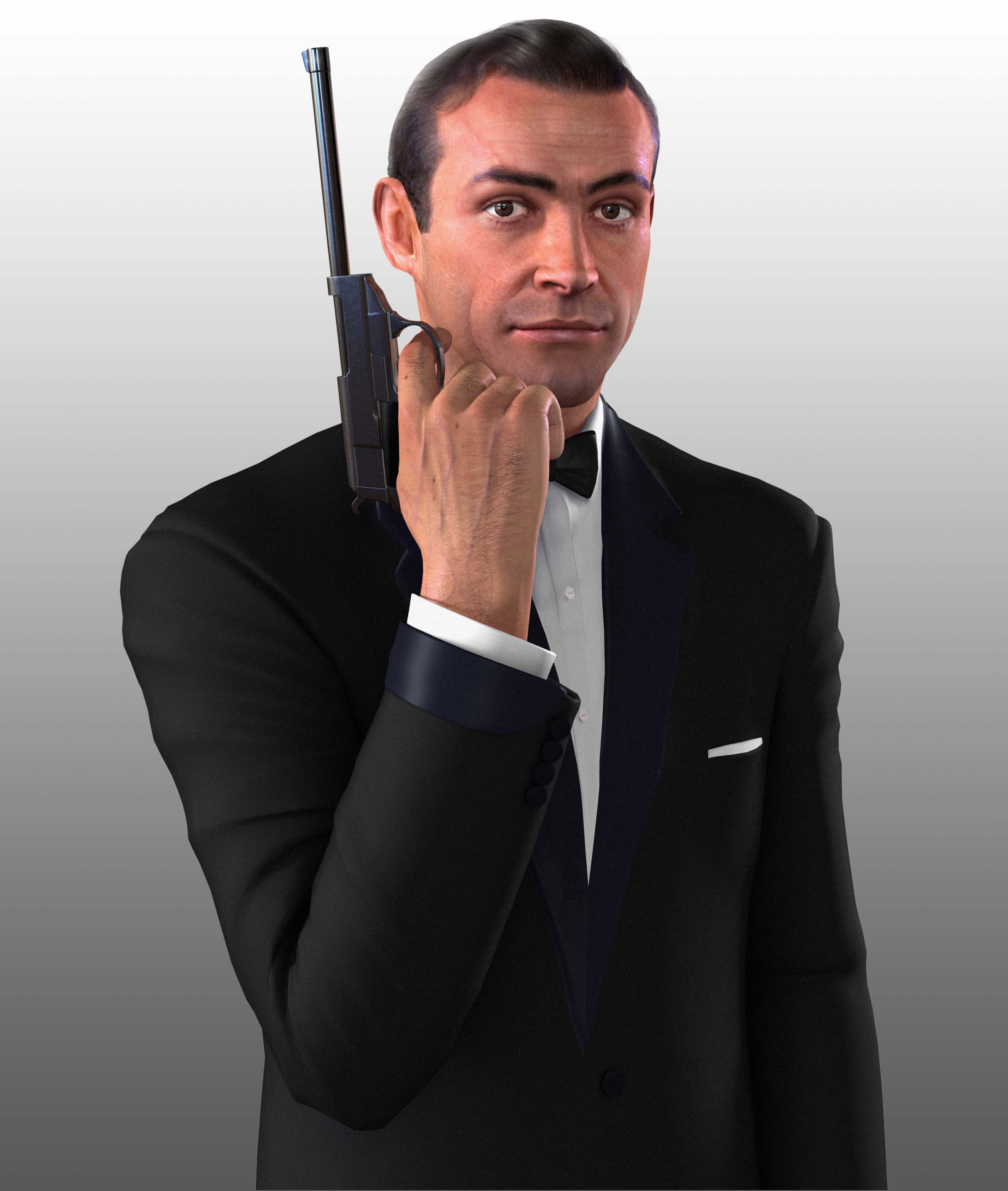 SEASON 2 EPISODE 10 “THE MAN BEHIND GLASS”
Release Date: October 13, 1990 (Setting is March 5, 1989)
Non-Horror Crosses: James Bond
The Story: Laura Palmer’s diary is found, and Dr. Jacoby is hypnotized, leading to an arrest. Meanwhile, Agent Cooper is recovering from a gunshot wound.
Notes: Another FBI agent informs Cooper that he was shot with the same gun used by James Bond. In situations of comments like this, I could interpret it two ways. So I must analyze the overall Horror Universe context. This could be interpreted as a pop culture reference, where the agent is speaking of a fictional character from novels and movies. However, James Bond has been demonstrated to exist as a real person in the Horror Universe by other crossovers within this guide. Because of that, and because Bond is a government agent of repute, and being discussed by another nation’s government agent, I feel that I can take the liberty to take this as a reference to another person that exists in the same reality rather than a pop culture reference. 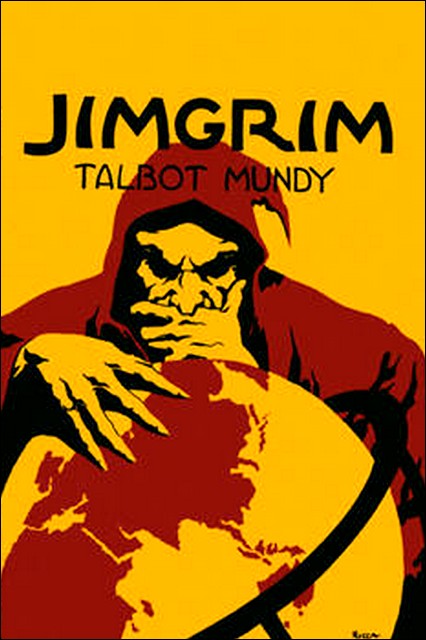 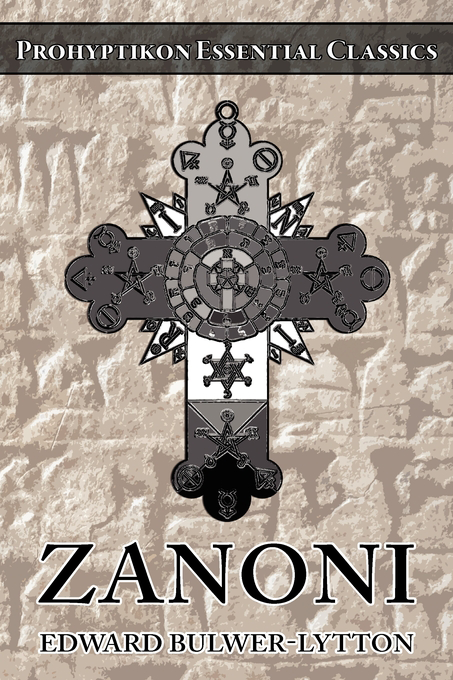 SEASON 2 EPISODE 18 “MASKED BALL”
Release Date: December 15, 1990 (Setting is March 19, 1989)
Horror Crosses: Jimgrim; Zanoni
The Story: Cooper finds himself under investigation by the FBI and DEA for his unorthodox methods.


Notes: The White and Black Lodges are mentioned in the story. The White and Black Lodges originated from the Jimgrim story The Devil’s Guard by Talbot Mundy. Jimgrim is brought in via a Tales of the Shadowmen story and so this cross now brings Twin Peaks into the Horror Universe. Also mentioned is the Dweller on the Threshold, who is from Edward Bulwer-Lytton’s Zanoni. Thus, that 1842 story of love and the occult is also brought into the Horror Universe. 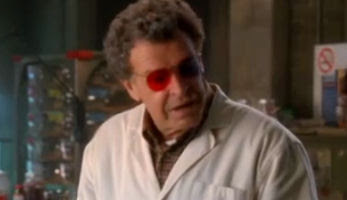 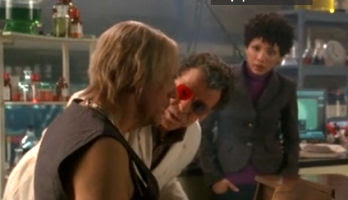 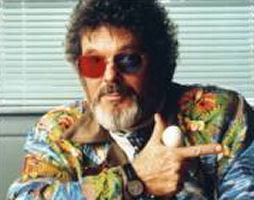 December 2010--PSYCH--"Dual Spires"--Since I know little about either shows in this crossover, I will turn it over to two of my expert cohorts.  Click here to read what both Toby O'Brien and Sean Lee Levin have to say about the Psych/Twin Peaks crossover. THE GOOD, THE BAD, AND THE UNCANNY (NOVEL BY SIMON R. GREEN)
Release Date: December 28, 2010 (Contemporary Setting, about a month after Just Another Judgement Day)
Series: Nightside
Horror Crosses: Doctor Jekyll and Mister Hyde; War of the Worlds (novel); Twin Peaks; The Monkey’s Paw; Carnacki Ghost Finder; Ghost Finders; Lovecraft’s Cthulhu Mythos; Rocky Horror Picture Show!
Non-Horror Crosses: Deathstalker; Allan Quatermain; Shadows Fall; Secret Histories; Solomon Kane; Indiana Jones; The Mysterious Wu Fang; the Continental Op; The Coming Race; Captain America; Spider-Man
The Story: John Taylor is hired to escort an elf through the Nightside.
Notes: At a drug den, two users of the Hyde formula are fighting for sport. Previous Nightside stories have established the Hyde formula to now be a street drug, and other stories that take place in the Horror Universe outside the Nightside have also established this. Jacqueline Jekyll appears again. She has appeared or has been mentioned in previous Nightside stories. Another drug is Martian Red Weed (from War of the Worlds). This drug has been seen in other Nightside stories. There is some dialogue in the story that suggests that the Nightside exists in the same reality as Twin Peaks. There is “A Hand of Glory”, similar to The Monkey’s Paw. Another character mentions the Carnacki Institute, which is from Green’s Ghost Finders series, a spin-off of the Carnacki Ghost Finder stories. The Collector has stuffed giant albino penguins (as in Lovecraft’s At the Mountains of Madness). He also has a grandfather clock with a cobweb covered skeleton inside, just as the one in the Rocky Horror Picture Show. This story brings the Rocky Horror Picture Show into the Horror Universe. Likely, the musical demon known by some as Mr. Sweet, from Buffy the Vampire Slayer episode “Once More With Feeling”, must have been behind the scenes of those events. At the drug den, there is a street drug called Blood. This is a drug from the futuristic Deathwalker series also by Green. Another drug is taduku, which was used by Allan Quatermain. The elf’s destination is Shadows Fall. There are several references to Green’s Secret Histories. Green is one of the great crossover writers who likes to remind us that all of his series are in the same shared reality. Salvation Kane is mentioned again, clearly a pseudonym for Solomon Kane. Larry Oblivion states that he wants to be the Nightside’s Indiana Jones. Though this sounds like a pop culture reference, considering all the crossovers in the Nightside series, I’m assuming it to be a reference to a real person. There is a gambling den run by Wu Fang, once a famous villain of the pulps. This story features the family of Dash Oblivion, better known as the pulp hero called the Continental Op. He is said to have fought villains like Wu Fang, Vril Inc. (a reference to the Coming Race), and the Nazi Skull (likely meaning the Red Skull, foe of Captain America). The Collector mentions having regrown his leg much in the same way as Spider-Man’s foe, the Lizard. By now, I shouldn’t have to explain how comic book super-heroes work in the Horror Universe, but if you’re still not clear, go back to the first page and start over.

April 24, 2012
This is a graphic I created for fun a few years back to illustrate an article I'd actually written several years earlier regarding Star Trek's Eugenics Wars. I wrote the article before the first in Greg Cox's trilogy of Khan novels saw publication, but was gratified to learn that my meager effort and Cox's work did not necessarily contradict one another. If you are interested, my article is posted at Win Eckert's Wold Newton Universe site:http://www.pjfarmer.com/woldnewton/Spock.htm#EUGENICS.
If you're not interested, it's still posted at Win's Wold Newton site...

THE BLUE ROSE PROJECT - by Michael S. Lucart
A fan-fiction story by Michael S. Lucart, connecting the universes of TWIN PEAKS and THE BLAIR WITCH PROJECT. A hidden FBI file is discovered detailing a special agent's investigation into the…
GLITTERROCK.ORG|BY MICHAEL S. LUCART

The Museum Of Old Pop Culture References
Are you too young to get Conan's jokes? Don't worry, there's a place where you can get caught up!
TEAMCOCO.COM

January 6, 2014
Spin-off, reboot, relaunch, whatever. The new series will be in continuity with the old series, so this is relevant to the TVCU (and Toobworld).

February 16, 2014
Jonathan Creek refers to place of notorious murder? Or just a TV show?
First Trailer For The New Series Of Jonathan Creek - And He's Got Another Companion - Bleeding...
Sheridan Smith has already moved on, leaving Sarah Alexander to step up and take the sidekick role for season 5 of Jonathan Creek.
BLEEDINGCOOL.COM

Toby O'Brien via The Toobworld Dynamic

August 20, 2014
Picked up The X-Files: Year Zero #2 today. Mulder gets a cup of coffee at a diner and says: "Although it is damn fine coffee, as a friend of mine in the Pacific Northwest would say." so...Mulder knows Dale Cooper from Twin Peaks...
Posted by Robert E. "Robyn" Wronski, Jr. at 6:26 PM