This was one of the earliest horror films I remember from my childhood, on the Creature Double Feature, on a Saturday afternoon.  It really freaked me out as a kid.

April 1986--TWILIGHT ZONE--"A Day in Beaumont/The Last Defender of Camelot"--H.G. Orson refers to "giant ants." Johnson's is named after Gramps Johnson, one of the giant ants' first victims in the film.


Notes: It’s revealed that the events of the film Them! which took place in the 1950s was orchestrated by a secret government project. The Planetary is an organization that calls its members “archaeologists of the impossible” and this cross brings them into the Horror Universe.


**UPDATED**LOONEY TUNES: BACK IN ACTION (FILM)
Release Date: November 9, 2003 (Contemporary Setting)
Series: Looney Tunes
Horror Crosses: Scooby-Doo! (See Notes); This Island Earth; Fiend without a Face; THEM!
Non-Horror Crosses: Doctor Who (Peter Cushing); Forbidden Planet; Robert the Robot; The Jack Benny Program
The Story: When Daffy demands his own movie, he’s fired by Warner Bros. Daffy ends up causing a security guard to be fired also, and follows him home to make amends. The fired guard is the son of a famous action star who turns out to be a real secret agent, and the guard and Daffy get involved in a mission. Meanwhile, Bugs refuses to work unless Daffy is hired back, so he and the vice president of comedy head out to find Daffy.


Notes: First, let me apologize to serious horror fans. However, the appearance of the Metaluna Mutant brings this film into the Horror Universe. The hard part for me was to explain how it could fit. Luckily, I have great friends who brought to my attention the film Evil Toons. Though some cartoon animals have been explained away as experiments of Doctor Moreau, in the case of this film, the Looney Tunes characters are clearly cartoons, but ones living in the “real world”, working for Warner Bros. and elsewhere in the world. In Evil Toons, which is in the Horror Universe due to the crossover relevant to this entry, the Necronomicon ex Mortis (from Evil Dead) is used to bring cartoon characters to life, in order to serve the spell caster. Warner Bros. must have performed such a spell to bring their creations to life to serve as actors (because it’s easier?) I presume the fact that people don’t freak out when encountering living cartoons is an effect of the spell as well. It should be noted that likely all fully animated Looney Tunes cartoons are fictional within the Horror Universe, but these living cartoons take on the characteristics and memories of the fictional characters they resemble. Scooby-Doo and Shaggy appear, as animated characters at the Warner Bros. cafeteria, complaining about their portrayal in the live action films. This can’t be the same Scooby and Shaggy from the 1970s and 1980s cartoons. Those cartoons feature a real person and dog (albeit a talking dog). In the 1980s, there was an animated movie called Scooby-Doo Goes Hollywood. Since the 1980s films are in the Horror Universe, we can use that film as evidence that Mystery, Incorporated, and particularly Scooby, became famous. Evidently famous enough to have a cartoon and live action film based on them. The cartoon Scooby and Shaggy of this film must be the 21st century series of new Scooby-Doo! animated films, brought to life just as the Looney Tunes figures were. Based on that, we must assume those 21st century animated films, as well as the live action films they were complaining about, must be fictional within the Horror Universe. In one scene that takes place in a lab, the film’s heroes encounter the Metaluna Mutant, a pair of Daleks, Robbie the Robot, the Fiend without a Face and Robert the Robot. The Metaluna Mutant is the basis for this film’s inclusion in this guide and within the Horror Universe. The Metaluna Mutant is from This Island Earth. Though the film is more sci-fi than horror, the Metaluna Mutant was included in Scary Monsters Magazine’s Universal Kombat Series, thus placing him among the ranks of the classic Universal Monsters. The Daleks are an alien race that are enemies of the Doctor from Doctor Who, but these specific Daleks were an enemy of the Doctor’s alternate universe counterpart, Doctor Who, played by Peter Cushing. Robbie the Robot is from Forbidden Planet, which takes place in the future, but as seen in Gremlins, he seems to get around through time and space. The Fiend without a Face is the creature from the film of the same name. Robert the Robot was a toy of the 1950s, though the version here is life size, as the toy was meant to be imagined as, thus this is a crossover with the fictional world that the toy lived in. Finally, the car used in the film by the security guard and Daffy is the same talking car (voiced by Mel Blanc from archived footage) from the Jack Benny Program, thus bringing that television program of classic TV into the Horror Universe. Mentions giant ants and plays theme music.  **UPDATED**

FRANKENSTEIN VS. THE CREATURE FROM BLOOD COVE (FILM)
Release Date: October 4, 2005 (Contemporary Setting)
Series: Frankenstein (Universal); Creature from the Black Lagoon
Horror Crosses: Them
The Story: A mad scientist creates a gill-man and finds one of Frankenstein’s creations. His goal is to use both in the war on terror.
Notes: This is an homage to the Universal films. Though there’s no actual connection to the Creature from the Black Lagoon directly, the creature created is indeed a Gill-Man in almost every way. Because this is a Universal style film, I consider this a cross with the Universal Frankenstein. This may be the original monster, considering his revival in 1998. It certainly can’t be the alternate Universal version created by Boris Frankenstein (as seen in Mad, Mad, Mad Monsters). He was sucked into a Hell dimension in Monster Squad. There is a mention of the giant ants in the Mojave.

ATOMIC ROBO # 2 “PEST CONTROL” (RED 5 COMICS)
Release Date: November 1, 2007 (Contemporary Setting)
Series: Atomic Robo
Horror Crosses: Them!
The Story: Atomic Robo heads to Nevada to deal with ants turned giant by radiation.
Notes: Of course, this is a recurrence of the incident from the film Them!

JUST ANOTHER JUDGEMENT DAY (NOVEL BY SIMON R. GREEN)
Release Date: December 29, 2009 (Contemporary Setting, likely just after The Unnatural Inquirer)
Series: Nightside
Horror Crosses: Lovecraft’s Cthulhu Mythos; Frankenstein (see Notes); Frankenstein (all of them, every version); The Picture of Dorian Gray; Shoggoth’s Old Peculiar; Them!; Creature from the Black Lagoon; Doctor Jekyll and Mister Hyde
Non-Horror Crosses: Doctor Who; Secret Histories; Doctor Syn; Solomon Kane; Deathstalker; Beowulf
The Story: The Walking Man is the embodiment of the wrath of God and he has come to the Nightside. Nightside’s new authorities hire John Taylor to stop him.
Notes: The Walking Man is shown to be so powerful that he can easily destroy a Lovecraftian horror while walking down the street without even slowing down. (I guess God trumps Cthulhu after all.) Shoggoth’s Old and Very Peculiar appears again. Zhang the Mystic, a member of the Adventurer’s Club, is said to have battled Elder Gods. John Taylor and Suzie Shooter fight an evil Victor Frankenstein from a mirror universe. This is not the same Victor Frankenstein from the main Horror Universe timeline. Taylor mentions that Frankenstein is a common name in the Nightside and that he has encountered many of Victor’s descendents and their creations. This supports my theory (adapted from the theories of Mark Brown and Chuck Loridians) that many of the Frankensteins and monsters seen in fiction are Victor’s family and their numerous monsters, rather than always being the same Victor Frankenstein and one single monster. The mirror Victor finds a way to control the citizens of the Nightside by learning that the actions of people in one reality dictates the actions of their doppelgangers. Taylor compares this to Dorian Gray’s picture, where Dorian’s actions are reflected within the portrait. The sewers of the Nightside have giant ants, like those from the film Them! The Adventurer’s Club has a stuffed Creature from the Black Lagoon. Jacqueline Hyde is at the Adventurer’s Club. In the previous Nightside novel, she was mentioned in the Unnatural Inquirer as being in love with her male Hyde alter ego. There is an old Victorian drinking song called “Dr. Jekyll’s Locum”. One of Suzie’s neighbors is Sarah Kingdom, a character who first appeared on Doctor Who during the first Doctor’s run. Janissary Jane, a character from Green’s Secret Histories, appears at the Adventurer’s Club. The Walking Man mentions the Drood family from Secret Histories. Past members of the Adventurer’s Club include Dr. Syn, Salvation Kane (likely meant to be Solomon Kane) and Owen Deathstalker from Green’s futuristic sci-fi Deathstalker series. At a gun shop is the Darkvoid Device, also from the Deathstalker series. (Remember that the Nightside exists outside normal time and space.) The Adventurer’s Club also has an arm of Grendel, who was slain by Beowulf. 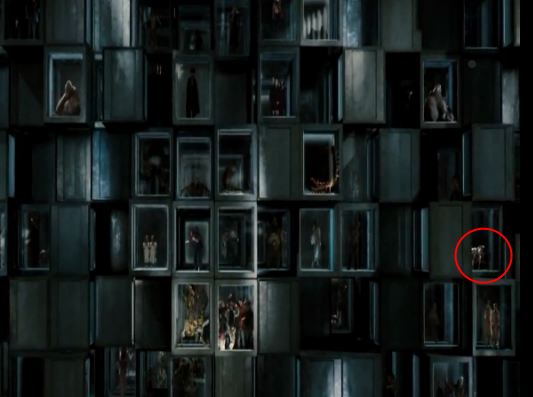 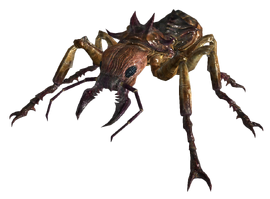 Centuries following nuclear war--FALLOUT 3--The game features a quest in which you must battle giant ants entitled "Those!"