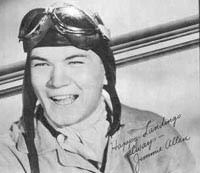 
Notes: Harmon speculates G-8 (the pulp hero) and Captain Midnight (the radio hero) are one and the same character, having used both identities at different times in his career. He also says he does not believe the rumor that G-8 did “hide in the shadows like some creeping spider.” This is a reference to Farmer’s assertion in Tarzan Alive that G-8, the Shadow, and the Spider were actually one person with multiple personalities, which he later altered in Doc Savage: His Apocalyptic Life to say they were brothers. Smilin’ Jack Martin and Tailspin Tommy were comic strip aviators. Jimmie Allen was a radio aviator hero. 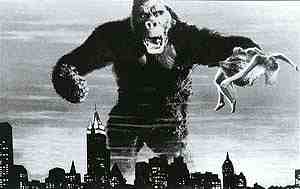 1933 to 1937--THE AIR ADVENTURES OF JIMMIE ALLEN--concerning a 16-year-old pilot and his adventures flying around the world, primarily solving mysteries and crimes and participating in air show races. about Jimmie Allen, a young telegraph messenger at the Airways Station near Kansas City. A gruff man asks him to send a coded telegram. Later Allen is told that a plane carrying a million dollars to a bank is on its way. Allen figures out the plane is to be hijacked, so he joins his pilot friend, Speed Robertson, in a plan to thwart the hijacking. In following episodes, Speed and Jimmie, in their attempt to thwart the hijacking, are captured but escape in a small plane which crashes, and then are recaptured. Throughout this initial story arc, Robertson is Jimmie's mentor. He does all the flying and continually teaches Allen a trick or two that he learned in World War I. After an exciting aerial dogfight near the end of the story, Robertson reveals that the FBI has made him a G-Man. In subsequent episodes of the series, Jimmie expresses interest in becoming a pilot and enrolls in flying school. Numerous exciting adventures follow, full of danger and mystery. 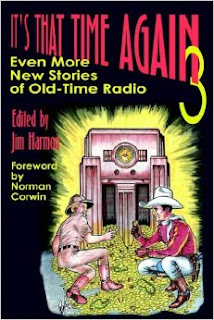 TVCU-2: From 1946 to 1947, a new Jimmie Allen radio series came about that featured a reboot of the series, with some rewritten stories and some new adventures. This series still features a teen Jimmie Allen, and the retold stories are updated for modernized technology and contemporary references, making it a remake, and setting it in the TVCU-2.
Posted by Robert E. "Robyn" Wronski, Jr. at 6:26 PM