The Man from Atlantis

Prince Namor has only been hinted at in the Marvel Cinematic Universe due to legal entanglements, and Aquaman is about to become the hottest super-hero on the big screen, after years of being the joke from the Super-Friends, and Waterworld....  Well, let's not go there.

Once upon a time, there was a show starring an aquatic hero who had not originated from the comics. 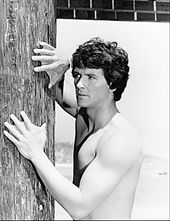 1977 to 1978--THE MAN FROM ATLANTIS--The adventures of a man with amphibious abilities.


1977--KENNER--A line of toys and action figures was in production but never got released as the show didn't fare as well as expected. I presume that some sort of commercials or tie-in stories would have been created.

1978--THE MAN FROM ATLANTIS (MARVEL COMICS)--More stories within the same canon.

1978--THE MAN FROM ATLANTIS (LOOK-IN)--A British comic strip within the same canon.


THE HAND THAT CREATES (NOVEL BY OCTAVIO ARAGAO)
Release Date: 2006 (Setting is 19th century)
Horror Crosses: Island of Doctor Moreau; Frankenstein (Octavio Aragao); Lovecraft’s Cthulhu Mythos
Non-Horror Crosses: Twenty Thousand Leagues Under the Sea; A Woman of Thirty; Journey to the Centre of the Earth; Tarzan; From the Earth to the Moon; A Streetcar Named Desire; The Man From Atlantis; Conan the Barbarian
The Story: Jules Verne becomes the first president of France, and the city of Paris becomes a mecca for the greatest scientists.


Notes: This story takes place in an alternate universe, but because it does feature Moreau and the mythos, it must be in the Horror Multiverse. When it comes to worldview issues, it’s a fine line. But Verne as President of France would have a huge historical impact, as is demonstrated in this story, that would alter the present day Horror Universe. 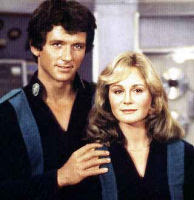 TOOBWORLD--According to Toby O'Brien, the Aquaman of Earth-Prime Time was "Mark Harris", as seen in THE MAN FROM ATLANTIS. Read more here.

Email ThisBlogThis!Share to TwitterShare to FacebookShare to Pinterest
Labels: A Woman of Thirty, Frankenstein, From the Earth to the Moon, Island of Doctor Moreau, Journey to the Center of the Earth, Lovecraft Mythos, Tarzan, The Man from Atlantis, Twenty Thousand Leagues Under the Sea