Brad Mengel was never really an official member of the TVCU Crew, but he was the second guest contributor.  He was also the first published author to contribute to our site, and it was an honor to have him contribute.  He had wanted to do a Knight Rider crossover post, and it just so happened that I had a website for television crossovers, and James Bojaciuk had just posted his guest blog post on Wonderland.  Brad's post came during my first hiatus, after having been posting quite frequently, so it was also nice to have his post during a period of inactivity on the site to keep followers checking in to what was then a fairly new site.

When I presented the idea of these bios to the TVCU Crew, I gave them a short interview questionaire, purely optional.  Here are his answers:


1. Your favorite crossover.  -  Geez start with hard one,  I’m going to go with Pete Crenshaw (from the Three Investigators) appearing in an episode of Streethawk.


3. Your favorite post that you wrote, if applicable.  -  Knight Rider

4. Your favorite podcast episode. – The Arrowverse one.


Also, feel free to include any works of yours that you'd like to plug and any links that you'd like included.
I’d like to plug my Australis Incognito series from Pro Se
https://www.amazon.com/Bait-Blues-Australis-Incognito-Book-ebook/dp/B00TQH91J4/ref=sr_1_11?s=books&ie=UTF8&qid=1488195866&sr=1-11&keywords=Brad+mengel
https://www.amazon.com/Risque-Thunderstruck-Australis-Brad-Mengel-ebook/dp/B01N26MCC9/ref=sr_1_3?s=books&ie=UTF8&qid=1488195866&sr=1-3&keywords=Brad+mengel 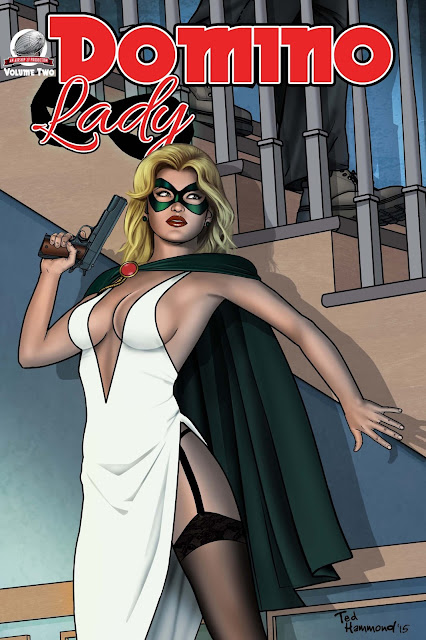 and my story in Domino Lady Vol 2 for Airship 27