And now a word from our sponsor... CENTURION: DARK GENESIS Novel by Wild Hunt Press --

CENTURION: DARK GENESIS Novel by Wild Hunt Press --
The third of Wild Hunt Press's four projected Halloween releases is now available for pre-order in digital! Like the others, a print edition will be available soon!
This is my second released superhero novel intended to be the first in a series, this one focusing on Centurion, another troubled rookie teen hero native to Buffalo, New York and part of Chris Nigro's shared superhero timeline, the Warp Event Universe. Other than his age and city of location, however, Centurion couldn't possibly be more different than Moonstalker, the featured character in Nigro's other just pre-released superhero novel, MOONSTALKER: A KNIGHT IN BUFFALO.
Centurion is a true recipient of fantastic superhuman powers due to being caught directly in the mysterious energies of one of the localized cosmic incidents that the scientific community have labeled Warp Events. His alter-ego, Benny Lonero, always wanted to be a superhero -- the problem is, he is a seriously emotionally troubled youth who has been subject to severe traumatic bullying and family issues for his entire life. Until he suddenly gained the power to do something about it... in the worst way imaginable. Consequently, he finds himself forced to battle his own inner corruption in addition to various menaces spawned by the Warp Event on Buffalo's West Side. And his saga starts here.
https://www.amazon.com/dp/B07JYGYTJM?ref_=pe_3052080_276849420&fbclid=IwAR1sdI1ZDwuBweFUbEFoXQrPYEk8dJZyAN7bdGS07pnJw37840kGF6s0eFk 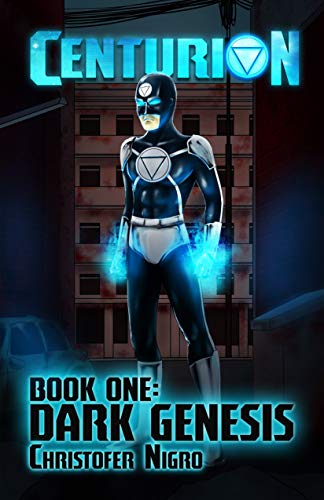