I haven't read it yet, but the TVCU Crew has informed me of some revelations from the comic book tie in to Crisis. 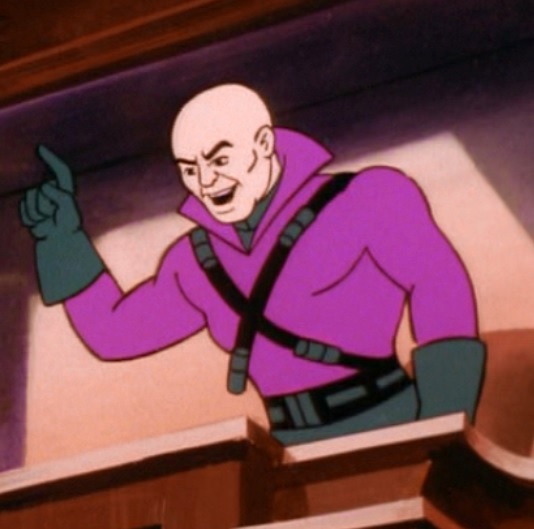 They also included Super Friends, Earth-N52, and Earth-D, which aren't problems but are cool enough to mention.

They didn't seem to give Super Friends an Earth designation, which would have been useful to me for my Scooby-Doo Team-Up post.

Also mentioned is Earth-F, the home of the animated Fleischer Studios shorts, which I have previously devoted an entire blog post too, so it's nice to be able to name that Earth now.

Okay, see you all in January, or after I read the comic myself if I catch anything else.
Posted by Robert E. "Robyn" Wronski, Jr. at 12:07 AM No comments: Links to this post

Well, spoilers, but the Television Crossover Multiverse is gone, so... see you all in January...
But seriously, I revise my thoughts and think that somehow a merged Earth may emerge, in which case all TVCU will be retroactively pulled into the Arrowverse.
Does that mean we can't use alternate realities anymore? Not really. DC kept using Hypertime as a new "multiverse" following Crisis, so I imagine so can we. So we don't have to say Alien doesn't exist just because it doesn't fit in the Arrowverse.
Posted by Robert E. "Robyn" Wronski, Jr. at 1:55 AM No comments: Links to this post

Earth-66 is gone.  Earth-66 is now canonically the world of Batman'66.  According to Thom Holbrook, that connects to the following shows.

But from the Batman'66 comic, we also know that Batman'66 is also in the same universe as Adventures of Superman, Shazam, Man from UNCLE, and Wonder Woman'77.  Also Archie, but that's complicated.

Note that this includes the TV MCU!

Man from Uncle connects to the following:

So as you can see, the Television Crossover Universe was Earth-66, and it's gone.  And yet, some shows that are part of the TVCU (because all those shows have further connections if you click on the links), so we have to assume that many of these shows exist in multiple universes.  And I'll get to that.

So Earth-89 was also destroyed.  That was the universe of Batman'89, which I had placed as the TVCU-2, the world of remakes and reboots, which included Lois and Clark.

So Earth-1 is the main Arrowverse, and there are some non-DC crossovers.  Most specifically, I can think of is a reference to Breaking Bad, which has had other connections.  And I'm sure if I keep following the six degrees, many of the above listed TVCU shows will also connect to Arrow and Breaking Bad.  The Arrowverse also has a Hudson University, which connects to Law and Order.  And that alone implies that all the above shows (minus the DC connects) also exist in the Arrowverse, and thus, the Arrowverse/Earth-1, is the main TVCU now.  TVCU-66 is an alternate TVCU where Batman'66, Superman'51, Wonder Woman'77, Shazam, Isis, and Superman'78 existed instead of the Arrowverse shows, but every other show exists in both realities.  So the TVCU was destroyed, but the TVCU is fine.  Just... different.

Another thing to think about which might make this all moot.  Earth-9, the universe of the DCUniverse series Titans and Doom Patrol, was also destroyed, so if they put out another season of either series, then we'll know that none of these worlds dying really happened....

I think the biggest revelation to come from all this is that the TV MCU and Arrowverse may be one and the same, the new TVCU, Earth-1.
Posted by Robert E. "Robyn" Wronski, Jr. at 11:41 PM No comments: Links to this post